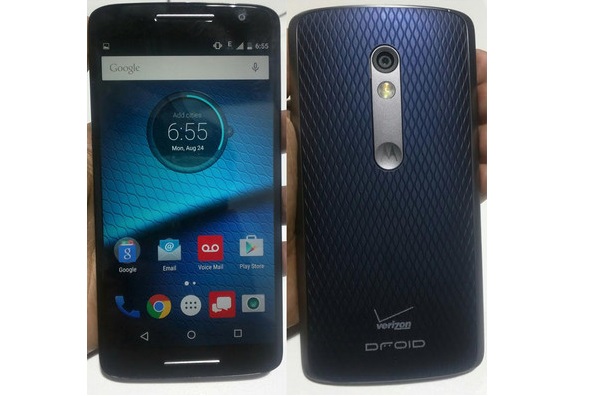 The Motorola Droid Maxx 2 (or previous known as Motorola X Play) will be launched in US under Verizon in sooner time. The smartphone has no significant design feature from other smartphones, but its battery life can never been underestimated. On a leaked picture on the Droid Maxx 2, The Droid Maxx 2 clearly resembles the upcoming Motorola X Play where it might be another carrier locked smartphone which only markets in the US.

The Droid Maxx 2 comes with 5.5 inches Full HD display and powered by Qualcomm Snapdragon 615 processor. It also comes with 2GB RAM, 16GB ROM and running on latest Android 5.1.1! A Sony 21MP camera is also equipped on the back that comes with Sony IMX230 image sensor!

How powerful is the battery? The Droid Maxx comes with 3630mAh large battery and the whole smartphone can be used for 10 hours for just 15 minutes charge! This is the true power of the Motorola TurboPower charging technology!

Since the Droid Maxx 2 has the Verizon embedded on the rear cover, it is highly likely that this smartphone will only be marketed in the US under the contract of Verizon. We certainly hope that the Motorola X Play (which is a similar version of Droid Maxx 2) will be marketed in Malaysia one day too!

Attention to those who are currently using unifi Mobile #BEBAS prepaid plan! Unifi Mobile is now giving away 8x vivo 17 to lucky user who ...