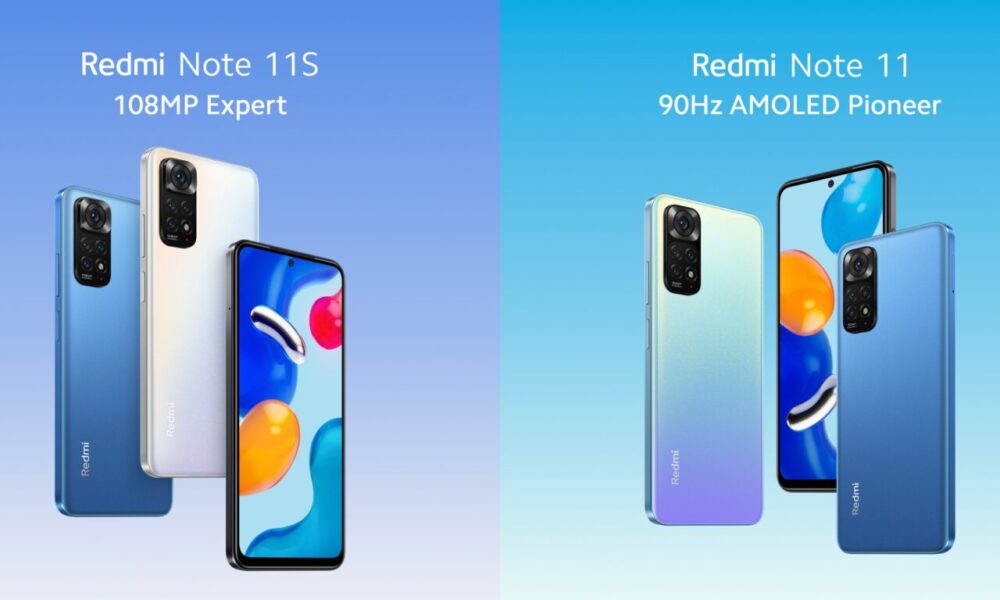 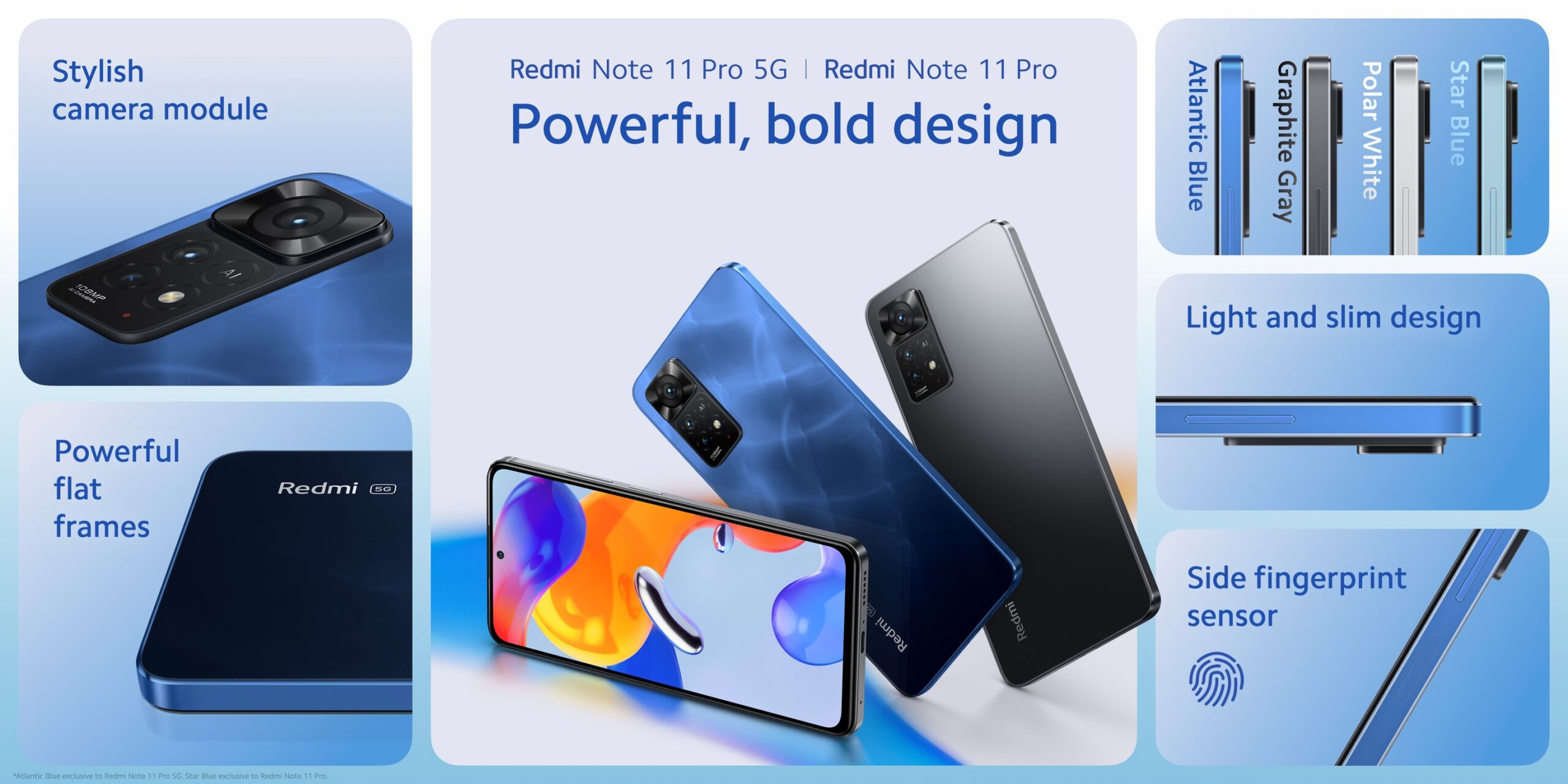 Redmi Note 11 Pro has a thin and minimalist design and comes with four color options, which are Graphite Gray , Polar White , Atlantic Blue and Star Blue (gradient)! In addition, the phone also has a side fingerprint sensor. 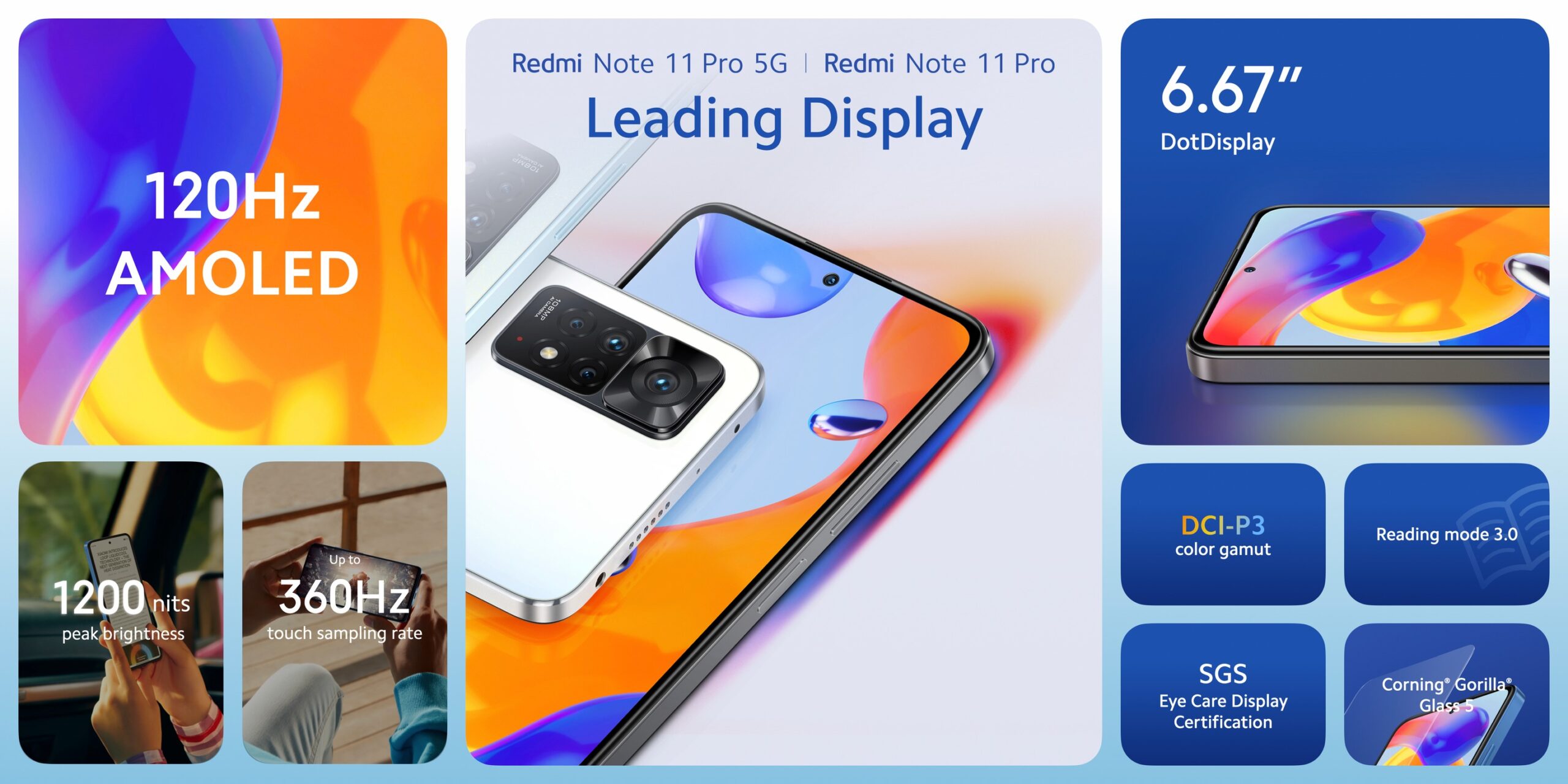 As for the displays, the Redmi Note 11 Pro/Pro 5G is equipped with a 6.67-inch AMOLED screen that supports a refresh rate of 120Hz and a touch sampling rate of 360Hz. Besides, the screen also supports peak brightness at 1200 nits and it is DCI-P3 color gamut, comes with reading mode 3.0 and SGS eye protection certifed. 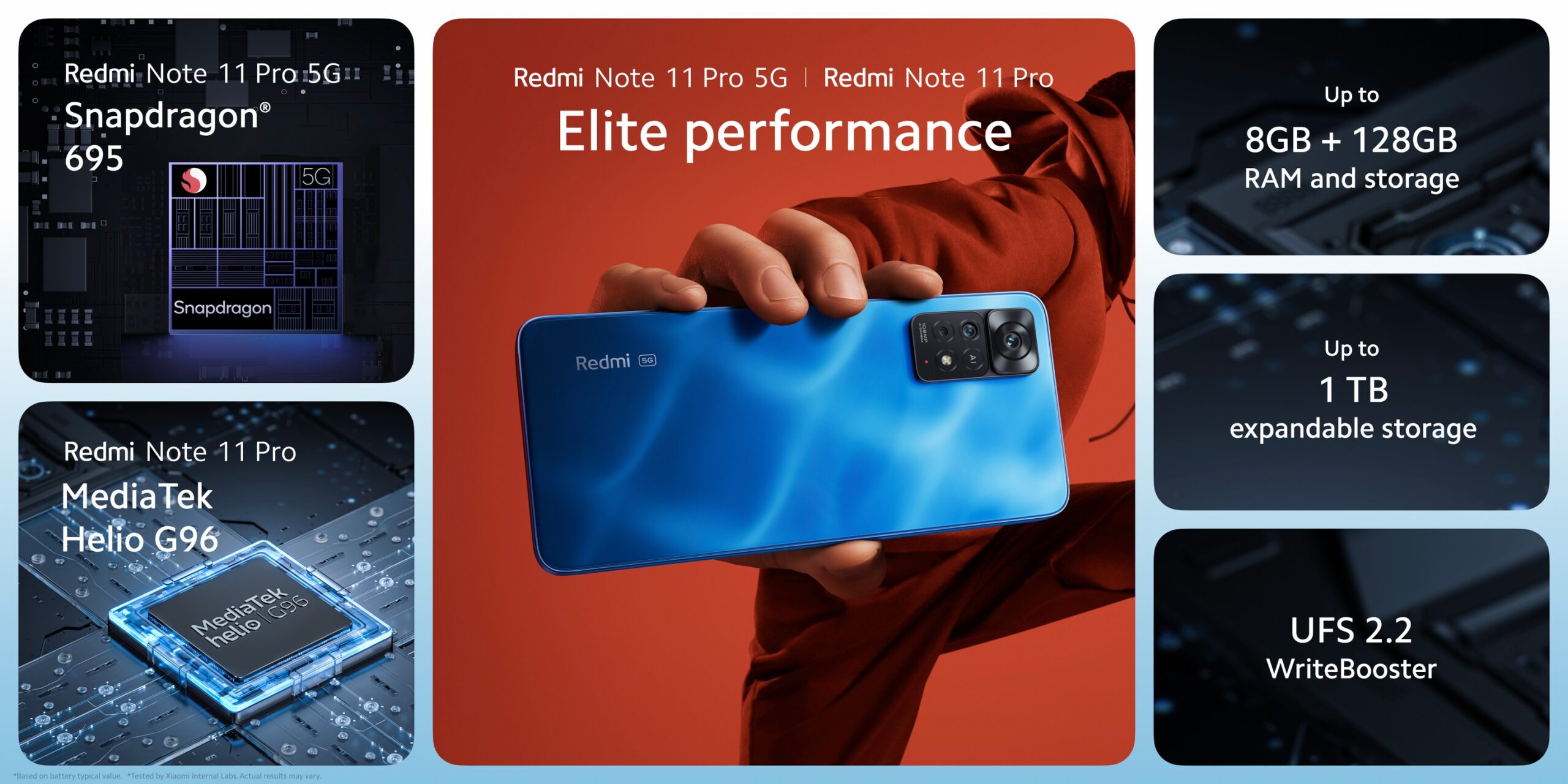 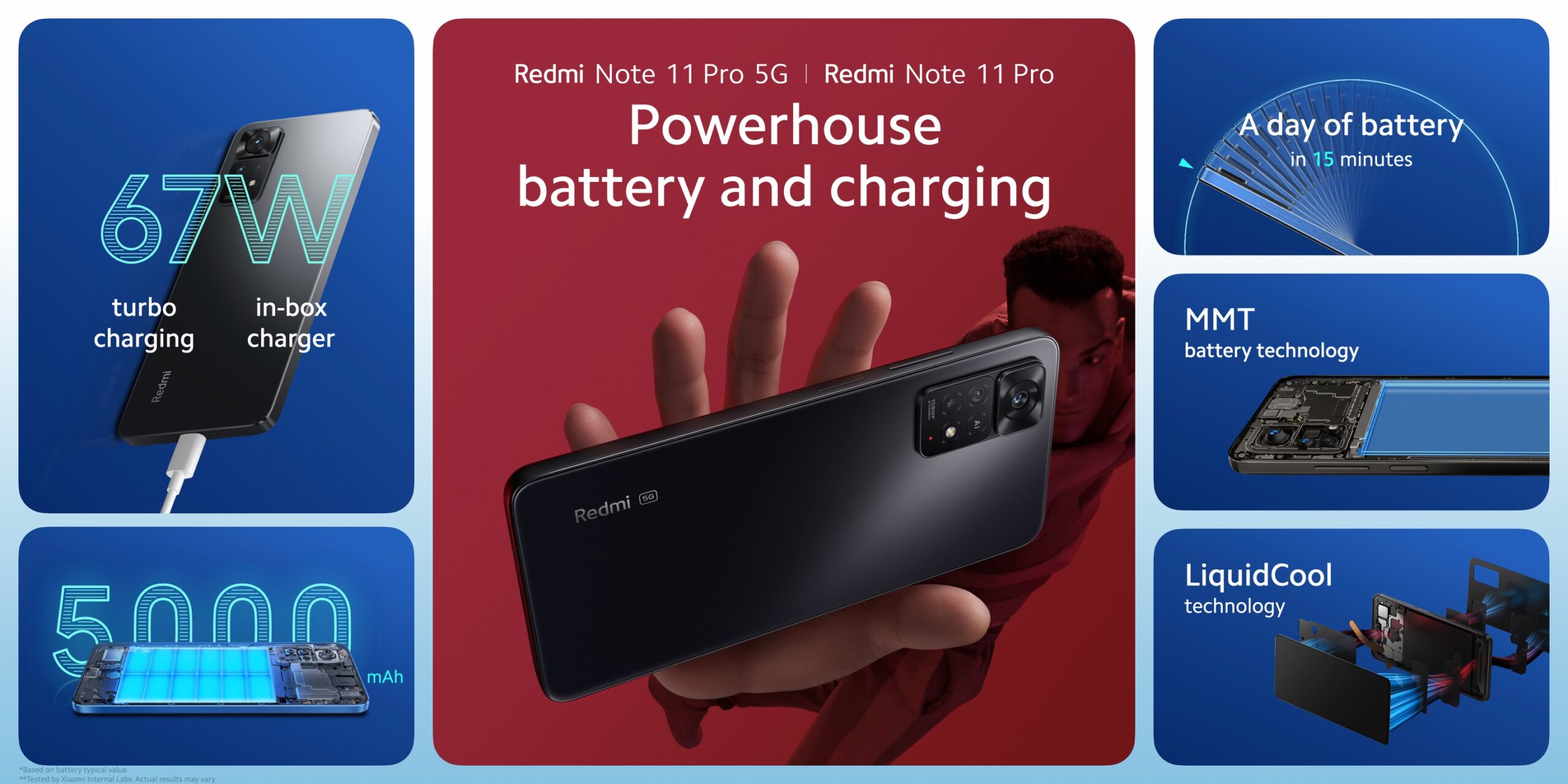 In terms of battery life, the Redmi Note 11 Pro is powered by a large 5000mAh battery and supports 67W fast charging viaMMT battery technology. Official claims recharge from 0 to 50 percent is just at 15 minutes. In addition, the machine also uses water cooling technology to control the temperature of the phone better to maintain ideal performance. 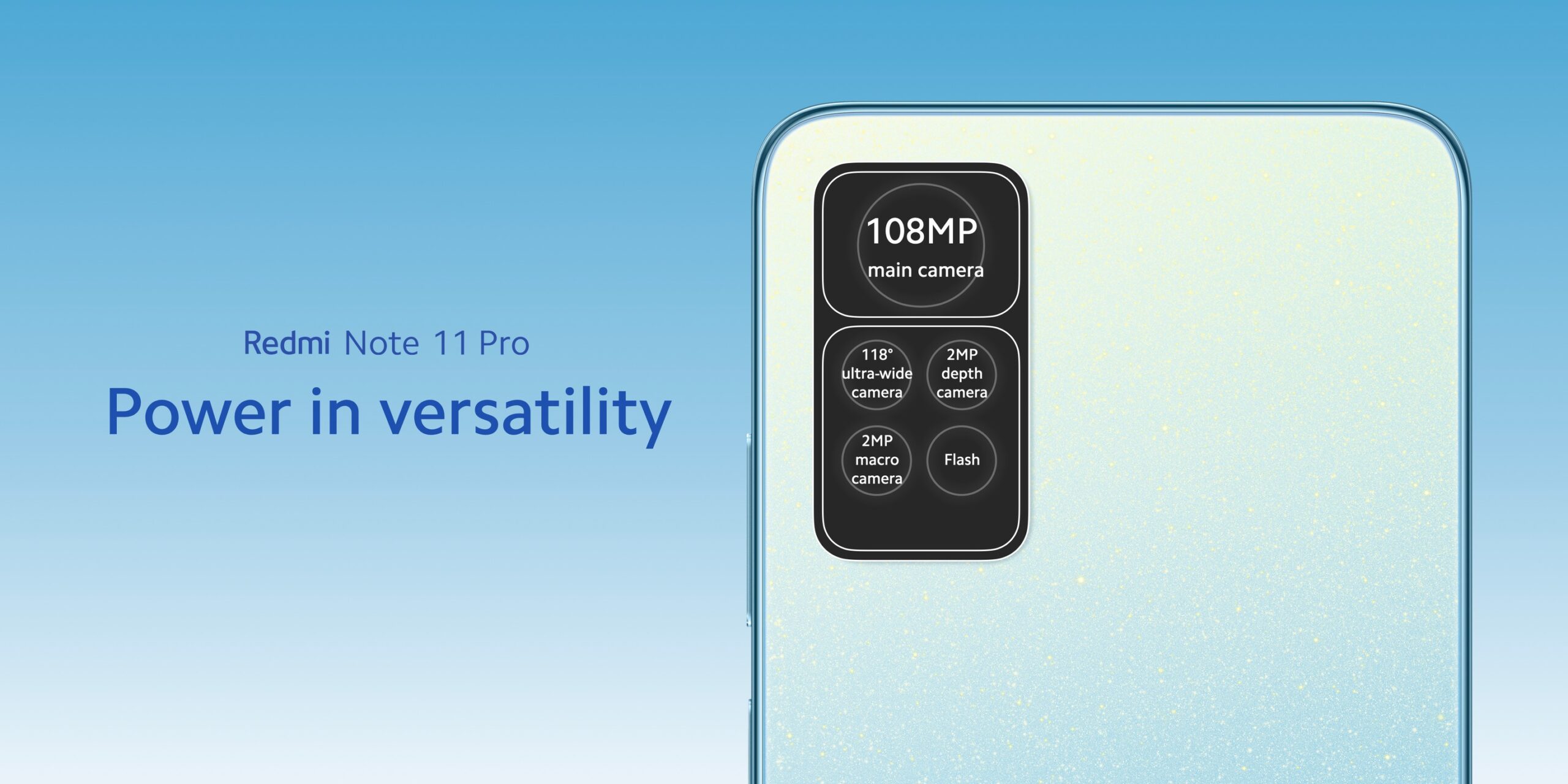 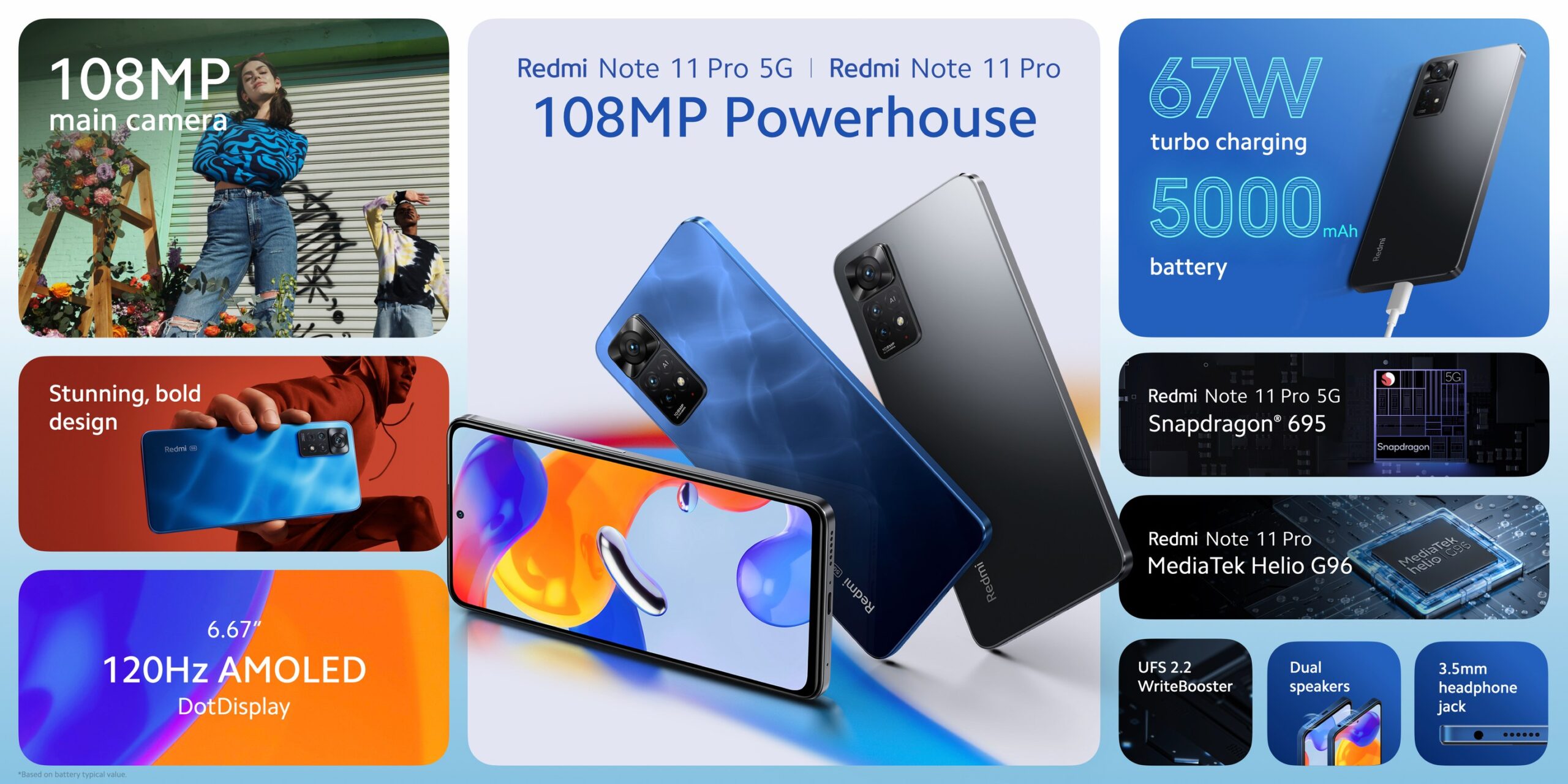 The retail prices of Redmi Note 11 Pro/Pro 5G are: 5G version 6+128GB for RM1199 and 8+128GB for RM1299, while standard version 6+128GB for RM999 and 8+128GB for RM1099! Pre-orders will be open from tomorrow (February 11th) to 18th. You can grab it through Xiaomi retail stores or Lazada and Shopee official stores to place your orders! Pre order also comes with a reward which includes gifts worth RM328, which has the Xiaomi Mi Band 6, a Canvas bag and a pillow blanket. Consumers who place an order in the online store will receive a Xiaomi EarBuds Basic 2 or Xiaomi Mi Band 6 or Redmi Buds 3 respectively! 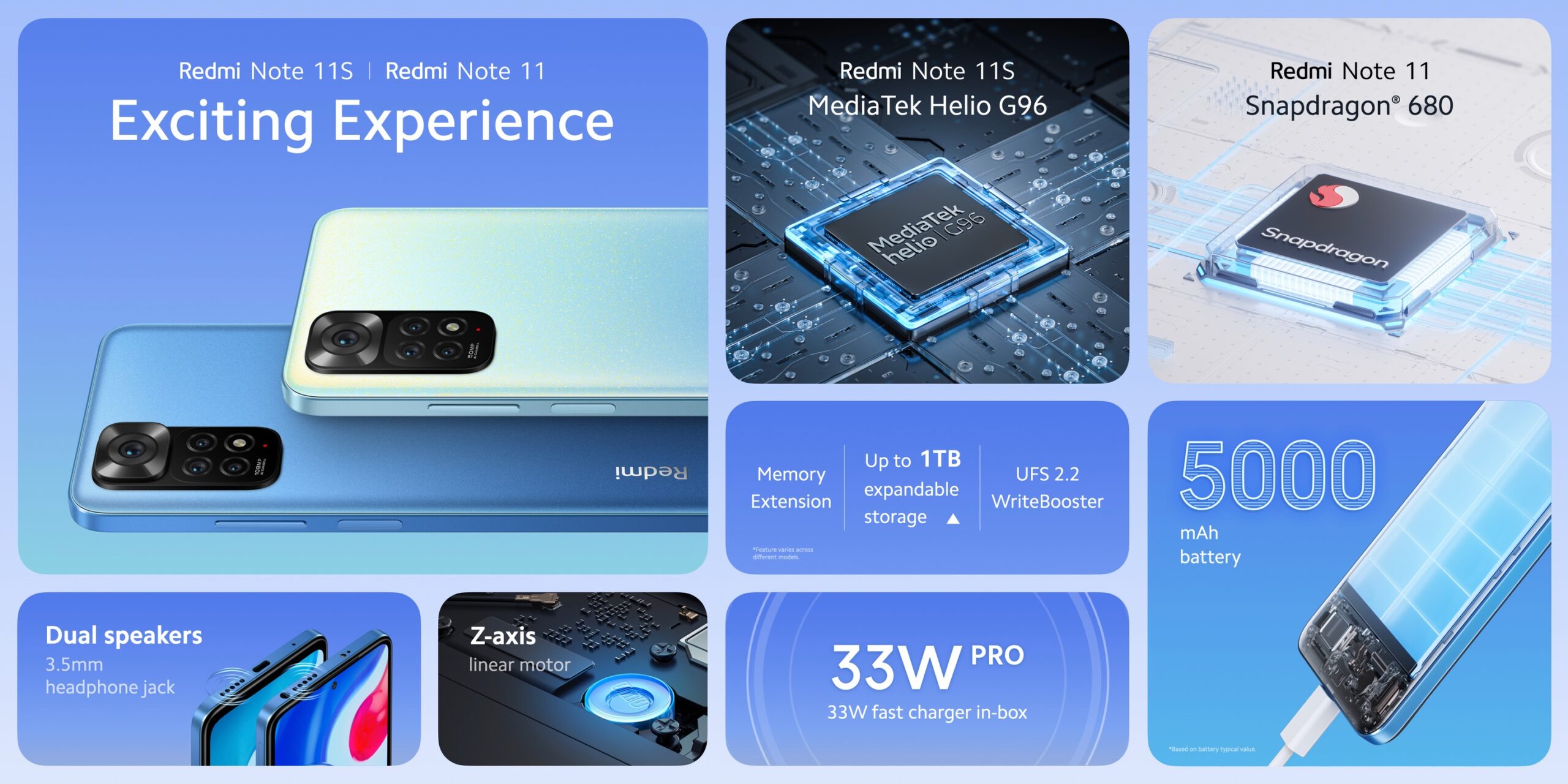 With the progressive development of microSD in these recent years, the bandwidth and the size of a microSD card has gone faster and smaller but ...