A concise guide to all gadgets from [email protected]’19! 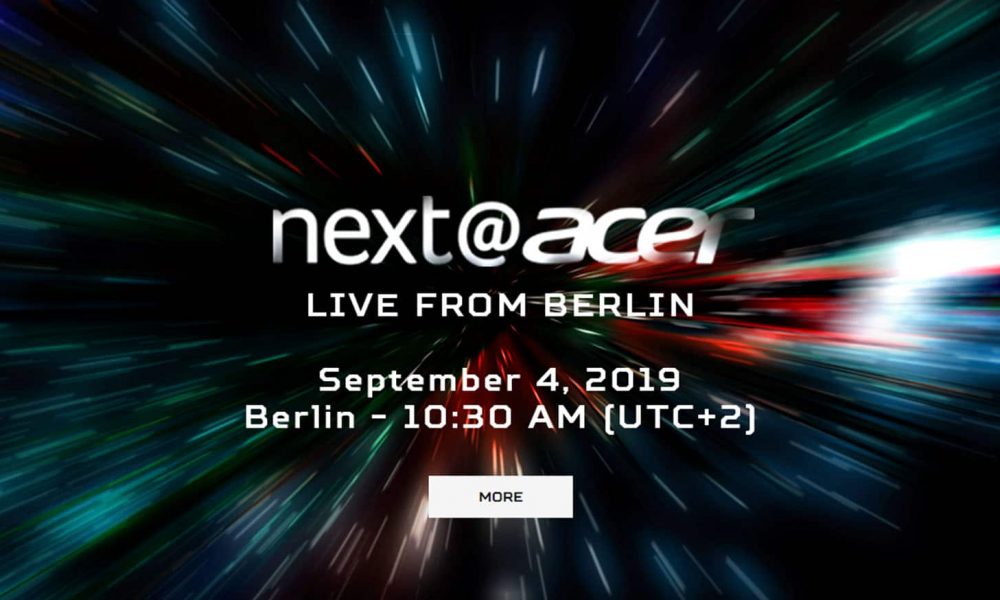 With the [email protected] just ended, Acer also introduced several new series and models and updated some of their previous line-up. Now let’s have a look!

The ConceptD 9 Pro is something fresh to be seen from Acer product line. It offers a 17.3″ 4K display, 100% Adobe RGB and >1 Delta E colour accuracy. Spec wise it features Intel Core i9, Nvidia Quadro RTX5000 and supports Wacom EMR pen.

Weighted only at 2.1kg, sized at 17.9mm, it offers 15.6″ 4K display, 9th gen Intel Core i7, Nvidia Quadro RTX5000 graphics card. It also adds in ConceptD Palette so that user has greater flexibility in selecting their colour settings.

ConceptD 3 Pro is a relatively inexpensive version of the series, equipped with Intel’s ninth-generation i7 processor, NVIDIA Quadro T1000 graphics card, another main feature is that the computer can operate at a volume below 40db, allowing users to be work in a more quite environment.

The ConceptD CM2241W screen supports 99% of the Adobe RGB color gamut and a 75Hz refresh rate for users who want to add extra screens to their workbench.

The new Aspire is a series of all-in-one computers, available in 22-inch, 24-inch and 27-inch models. It is designed for students and home users. It is a casual notebook series with a 10th generation Intel processor with the NVIDIA MX130 graphics card, up to 32GB RAM, 1TB SSD and 2TB HDD.

It now adds a 300Hz refresh rate screen on top of the original config!

Acer launched a series of Chrome Book at the press conference. The biggest feature is the chrome OS. This time, four versions were released. The first is the 314 and 315 versions with 15.6-inch and 14-inch large screens, and two versions. The 11.6-inch 311 and the Spin 311 portable version, which has a single A4 size, weighs as little as 1.2kg, and has a battery life of up to 12.5 hours, while the Spin version supports a 360° flip.

Acer’s Thronos Air gaming chair includes a chair, a modular table and a support frame that can carry the screen. It is a one-stop esports chair that can contain the main computer components. The screen, keyboard, mouse were installed at once so that the user can play the game at ease. And this esports chair also supports massage function.

The new C250i projector is a portable projector that supports FHD quality and comes with a Bluetooth audio. It can be projected for 5 hours without plugging in and can be used without a support frame.It is to be mounted on the wall, ceiling and other surfaces. Connection with iOS or Android devices is supported.

Acer also announced that they are about to launch a Planet9 online platform for players. Players can team up with other players on the platform, look for coaches, etc. It is expected to be open for testing on January 30, 2020.

It’s no surprise that Facebook has added sponsored content (or advertisement) on your news feed when you start scrolling from the top when you had ...