A sneak peak to the features from iOS 11 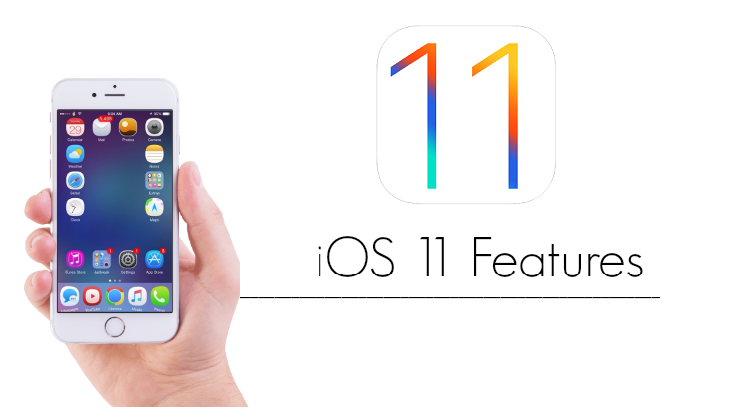 With WWDC17 coming just around next month, the iOS 11, being the most highlighted topic from the event is expected to be available on iOS devices soon. In this meantime, one Reddit user with the handle cyanhat has leaked some of the new features that will be available on iOS 11 as available on the latest beta. 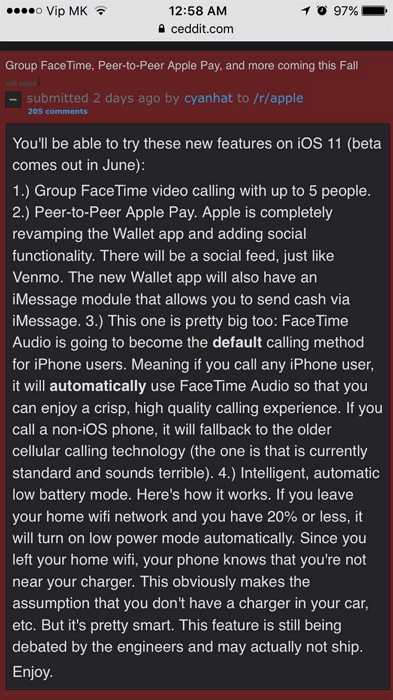 The user claimed that the iOS 11 will enable user to make direct FaceTime Audio call when calling between iOS smartphones. Conventional call technology will be used if the call is directed to a non-iOS smartphone. Besides, Apple also make peer to peer payment possible on Apple Pay with the new iOS 11. This gives an extra competitive advantage to Apple Pay against current technology.

On the other hand, cyanhat also stated that the new iOS 11 will be come an “intelligent, low power saving mode” that sense user location and enable battery saving option when the user is away from the home (and its charger). It is also possible that this feature might not be added to the iOS 11 during public release as the benefits and disadvantages of this smart battery saving mode is debatable among Apple engineers.

This new battery can be recharged 200 thousand time without lost of capacity!

With the advancement of technology, it’s amazing to see new discoveries happened in our everyday lives. However, what is important is how does the new ...