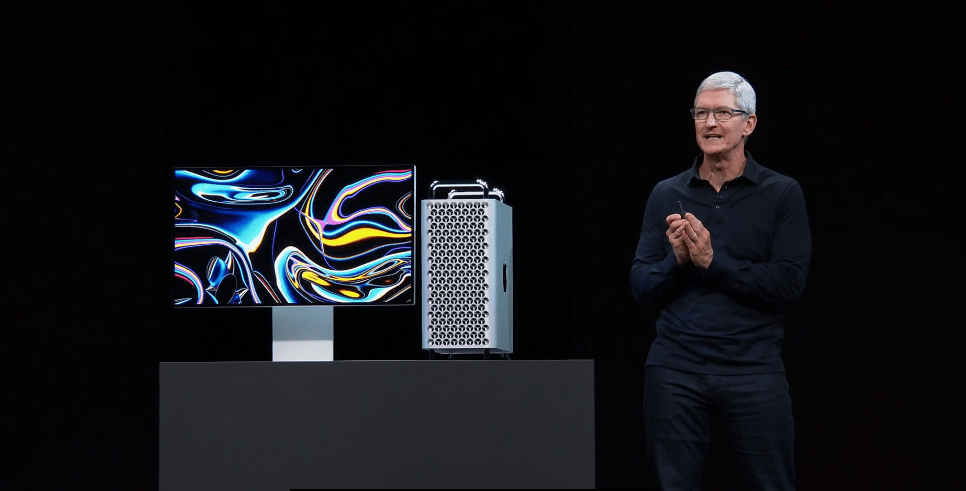 Apart from the iOS 13, Apple also had unveiled their most powerful computer yet – the Mac Pro. It is designed for content creators and designer which comes with overwhelming of expansion of high end hardware.

In contrast with the previous ‘trash bin’ design, the new Mac Pro shaped something similar like cheese grater. It is much more easier to take our for parts replacement or addition with the new modular design.

In terms of performance, it offers 28 core Xeon processors and 12 DIMM slots which can be installed with 2933MHz ECC memory to achieve maximum 1.5TB ECC memory

Apple also launches a new display called Pro Display XDR. It is a 32 inch LCD display that offers Extreme Dynamic Range with 6K resolution. The screen can maintain 1000nits and a maximum of 1600nits brightness.

Pro Display XDR is retail at $4999 while the anti-glaze Nano Texture edition is at $5999. The Pro Stand and Vesa monitor holder sold separately at $199 and $999 respectively.

During the launch of Huawei P30 series, Huawei had launch several accessories which including a Bluetooth earbuds. It is the Huawei FreeLace and comes with ...