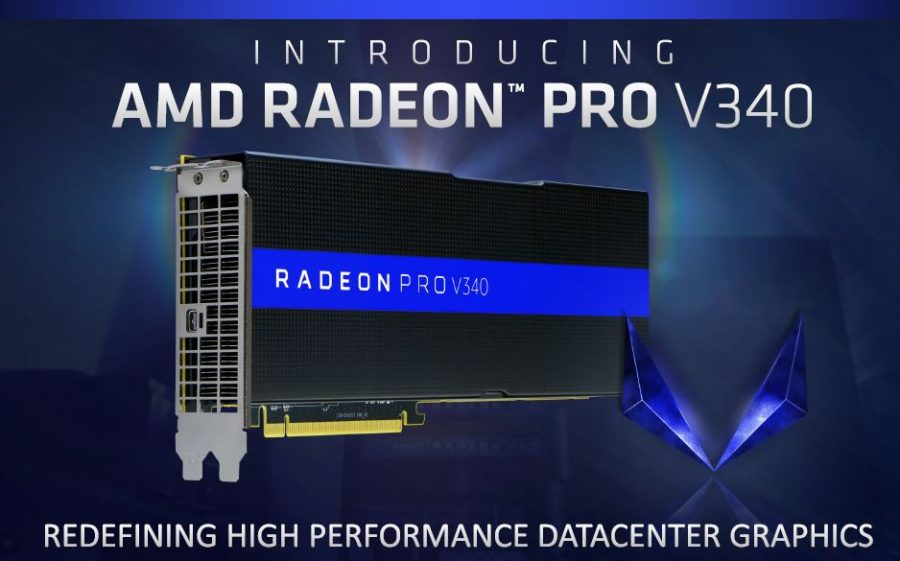 Earlier today, AMD has officially launched the new Radeon Pro V340 graphic cards which is designed for professionals. It has dual vega core that’s designed for VDI (Virtual Desktop Infrastructure) and able to handle the massive load for data centers and certain calculation intensive program like CAD, architecture design, DaaS and other support.

In a layman term, the VDI infrastructure of the RADEON gives indirect or remote employees access to their computing resource via notebook and tablets, having the massive performance on a low performance device without carrying a massive workstation along with them. 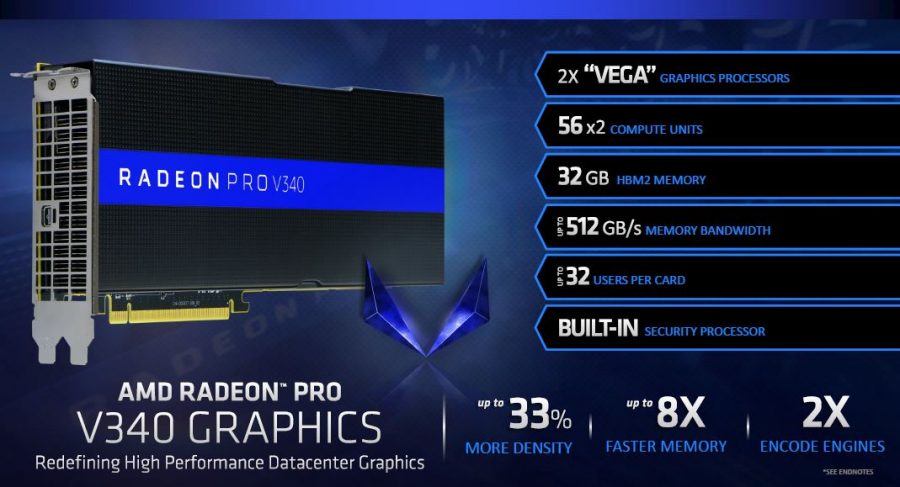 The Radeon V340 is based on a dual core VEGA GPU with integrated 32GB HBM2 memory with ECC verification. It’s able to provide 1GB configuration for up to 32 virtual remote users, more than the 24 maximum users on the TESLA P40.

Besides, the V340 also has integrated encoding engine that can independently compress H.264 and H.265 video streams, thus reducing the CPU load. Driven by AMD MxGPU technology, the V340 is the industry’s only hardware-based GPU virtualization solution with SR-IOV specification.

It is reported that AMD Radeon Pro V340 Graphic Card will appear with their partners product line in the fourth quarter of this year and released through VMware & Citrix as its platform.

The EMUI 9.1 stable was first available on April which is fairly restricted to newest smartphone only. However, more and more Huawei and HONOR smartphones ...