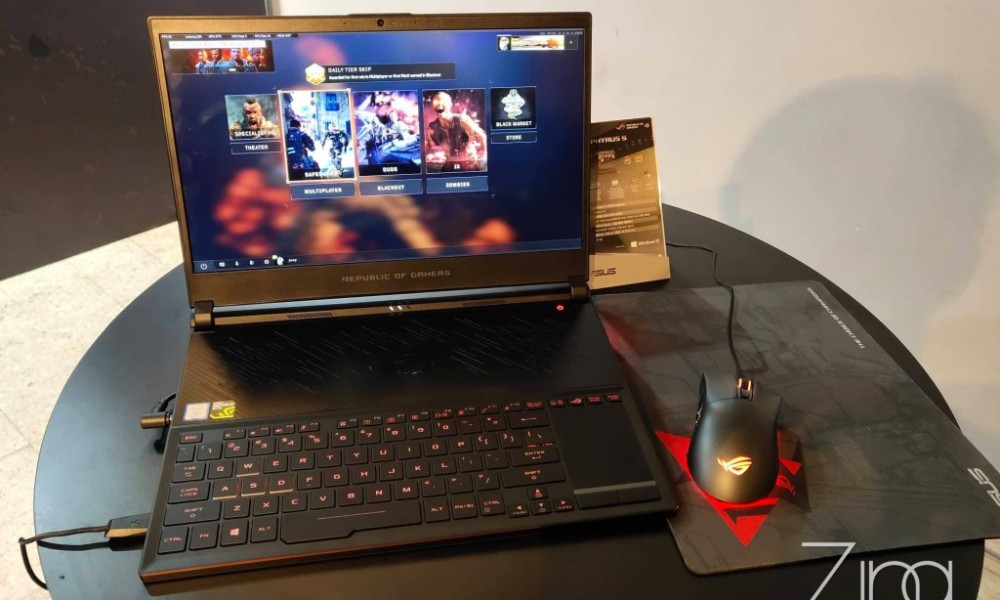 Earlier ago, ASUS has added several models in the Republic of Gamers lineup and one of them is the thinnest and lightest gaming notebook which is only 14.95~15.75mm thick! Despite its thickness, ASUS also packed the ROG Zephyrus S with 8th generation Intel Core i7 and GTX1070 GPU with AAS thermal management system.

Another uniqueness of this gaming notebook is that the numpad is replaced with a touch-screen panel which can act as a mouse pad too!

Being such as thin laptop, ASUS has added their new proprietary cooling system known as AAS or Active Aerodynamic System for the enhanced cooling effect.

To summarize, the ASUS RoG Zephyrus S is priced at RM7999, ASUS ROG Strix Scar II at RM7599, ROG Ranger bag (designed for 1500G, 2500G and 2 in 1 notebook) priced at RM159, RM279 and RM499 respectively. Meanwhile, the ROG T shirt is on sale for RM109. These peripherals and notebooks can be ordered and grabbed at authorized ASUS retail store nationwide.

As IFA2019 is still happening live at Germany, HMD has announced two of their newest smartphone that comes under the name of Nokia. The two ...