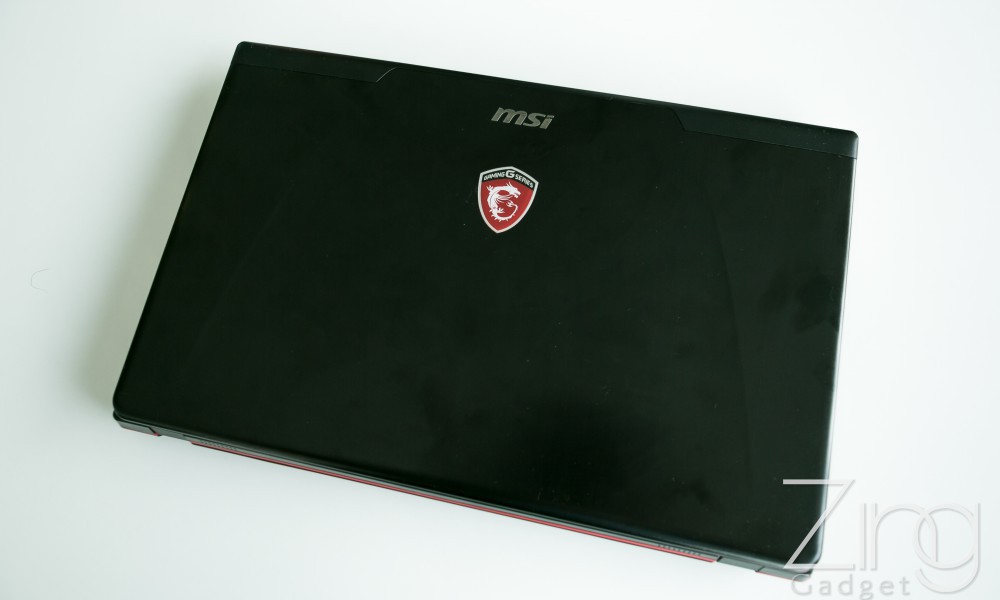 MSI was not an unfamiliar terms especially for gamers around the world. From motherboards to graphics cards, MSI provides wide range of products for desktop gaming to architecture design performance. When it comes to mobile gaming, their gaming laptop always provides a positive impression where high performance hardware were packed into a laptop with a reasonable price tag. In the world of mobile gaming laptop, MSI released 3 different series which are GS, GE and GP that suits user budget and performance. The GS series were belong to high performance laptop in a thin form factor whereas the GP belongs to entry level gaming laptop. Meanwhile, the GE was released to compete with other laptops in the mid range mobile gaming industry with excellent performance.

In terms of their design, the laptop cover was marked with metallic brushed finish with the MSI Gaming Series Logo embedded onto the middle of the cover. Display wise, the MSI GE60 comes with a 15.6′ Full HD matte display that avoids light reflection when operating under bright environment. MSI also packed the colorful keyboard made by Steelseries that gives an impressive punch when typing or gaming. The whole laptop was covered in a red line surrounding the keyboard panel which makes it appears more elegant. Up above the keyboard there are 2 different button which triggers the keyboard backlit colors and the CoolerBooster technology that rapidly cools down your laptop during CPU and GPU intensive activity, such as gaming.

The left side of the laptop comes with 1 USB 2.0 port and 2 USB 3.0 port and HDMI port along with microphone and headphone jack. Meanwhile, ethernet port, VGA port, DVD ROM and a USB 2.0 port was located on the right.

The MSI GE60 is able to stand out from an average gaming PC, but not over high end gaming desktop. Let’s see more benchmark result

In daily operation such as video group chat and video editing, the MSI GE60 does its job well.

We tested out the Assassin Creed Unity on the GE60. Turns out high settings will yield around 15 to 30 fps which is unsatisfactory for gamers. Changing to the lowest setting can yield around 30 fps which is satisfactory, but we certainly hope that it could reach 60 with this beast. If you are looking to play these AAA tittles in 60fps in high settings, it is recommended to get a GTX970M and above if you are not tight on budget.

During our testing, gaming for half an hour can results in heat concentration on the CPU and GPU up to 70 and 90 degree celcius. This even occurs when the CoolerBooster was turned on which does not seems to have significant impact on the heat dissipation of this laptop. Looks like better thermal design might be required or you have to suffers from frame rates dropping or CPU burning when gaming.

High performance graphics card always comes at a cost. The 4400mAh battery pack inside it allow the GE60 to runs for around 3 hours which is satisfactory. The charging rate of the GE60 is also acceptable, but who games on battery without external power source?

Based on the result above, we can deduce that the GE60 does has high amount of heat produced even just by watching online videos. This is likely due to the high performance graphic card that consume more electricity and produces more heat.

The Cooler Boost is a proprietary technology developed by MSI which aimed to reduce heat by turning the fan speed towards the maximum. When the Cooler Boost is triggered, the laptop will reach its maximum fan rotational speed without consideration of the temperature of the laptop. However, this also created one problem – Noise. When the fan reached its max velocity, large amount of noise is usually generated which affects the gaming experience or when you are listening the music via noise cancellation headphones.

The Dynaudio cooperates with MicroStar (MSI) to produce a great quality laptop speaker. Although the audio experience while gaming is great, low frequency sound can have little distortion as the bass arent very crisp.

The Killer E220 internet was aimed to reduce the delay of file transfering and connectivity issue that every gamer dislike during gaming. In weak internet connectivity, Killer internet is able to performs much better in weaker wifi compared to conventional internet chipset.

At the price range around RM4 – 5k, MSI GE60 is indeed a great choice for those who seek for performance while having a tight budget on hand.

Portable hard disk drives has been a favorite choices for businessman and student for mass data transfer and storage. However, nothing beats the compact an ...