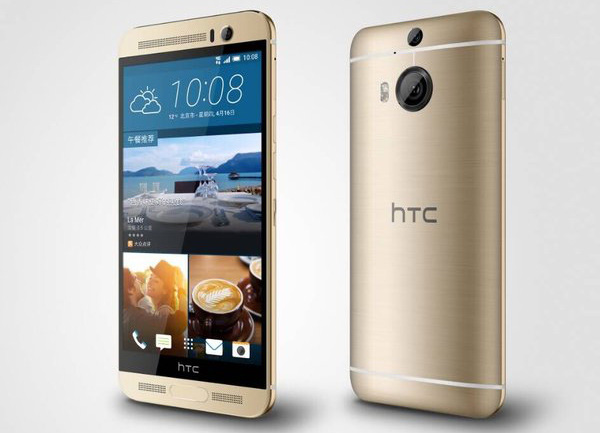 Few days ago we reported that HTC releasing a teaser image showing the next smartphone model from HTC. Codenamed “More than One”, HTC is expected to unveil the new HTC smartphone on 8th April 2015. And today, HTC finally announced the newest smartphone line the One family, the HTC One M9+.

The HTC One M9+ features 5.2 inches 2k display with resolution at 2560×1440 pixel. It is also will be powered by 64 bit MediaTeK MT6795 Octa-core processor with 8 Cortex A53 cores running at up to 2.2GHz and 2GB RAM with 16GB ROM. HTC also added the Duo Camera into the One M9+ which isn’t present on the previous HTC One M9. The Duo camera is made up of 20MP rear camera and a depth sensor to focus and capture perfect images. The front camera is equipped 4MP Ultrapixel camera which is first implemented on One M8.

One of the unique features on the One M9 is the fingerprint sensor located in the bottom of the speaker grill. The fingerprint sensor is touch-based and functioned as the primary home key. It will likely be packed with 2840mAh battery and could probably faced difficulties due to the 2K screen.

In terms of OS, HTC One M9+ will comes along with HTC China Sense which indicates this product could only marketed in China. It is currently available in silver and grey colour and the pricing is uncertain.