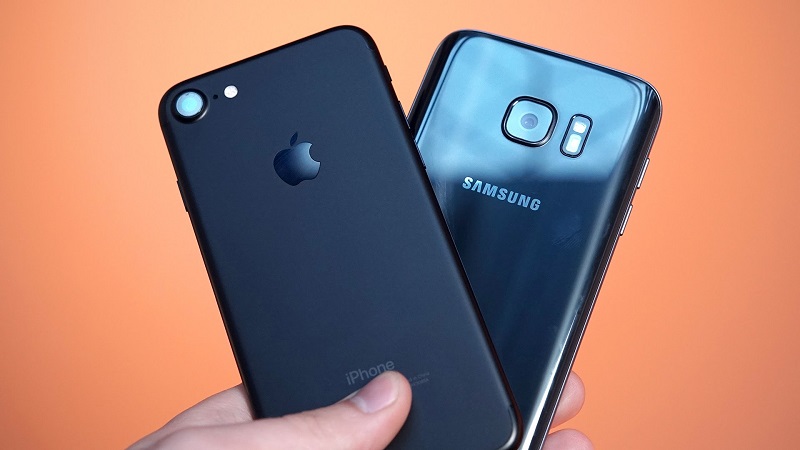 The Samsung Galaxy S7 was once praised for its camera for capturing the perfect shot at every movement. Given it as the top notch smartphone from Android, it is now put into comparison to the iPhone 7 which had just launched recently. The biggest highlight of the iPhone 7 camera is its larger aperture size at f/1.8 while remaining at 12MP with OIS support. Which smartphone will win the battle?

iPhone 7 on top and Galaxy S7 on bottom

Images taken from iPhone gives have a stronger tendency on naturalistic white while the images from the S7 has filtered due to lens optimization.

There are big significance on these picture. It can be clearly seen that the S7 shows a blue in a lighter tone in those paper clips while the iPhone 7 appears much more natural. Nonetheless, the well saturated colour on the Galaxy S7 is our preferred one this time.

The iPhone 7 appears to have a shade of green while some part of the smartphone appears yellow. Has the colour been washed out?

Pictures taken on the iPhone 7 above appears attractive in terms of colour.

The iPhone 7 retained the natural colour of the football while the object taken from the S7 has its colour optimized until it doesn’t appears natural.

Which do you prefer?

Here comes the depth of field!

Which one is your favourite? Let’s us know by commenting below!

With the release of the OnePlus 2 coming nearer, a famous china organization TECCM once again leaked the model design of the upcoming OnePlus Two! ...