Canon releases one of their greatest camera of all time – EOS 5DS&5DSR at 50MP! 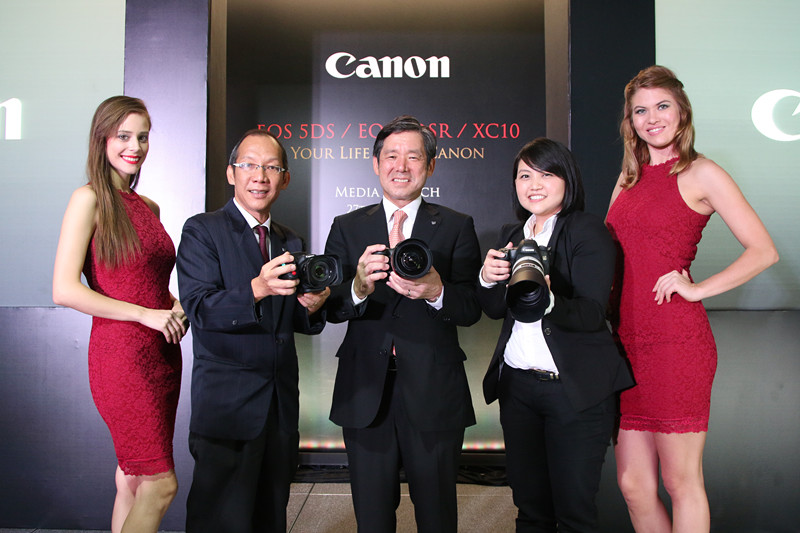 Attention photography enthusiasts! Canon unveiled one of their greatest camera at this moment – the EOS 5DS and 5DSR yesterday. Both camera is able to take image up to 50.6 megapixel where the quality could be tremendously amazing!

The EOS 5DS comes with the 50.6 MP Canon CMOS image sensor and a CMVS light stabilizing module which stabilizes the image quality and avoid blurry image during the lens oscillation moment. It also packs along with 150000 pixels RGB+IP light sensor with standard ISO range from 100-6400 (expandable up to 12800). The 5DS also comes with a quick shutter speed that is able to capture 5 consecutive image in a single second at 50.6 megapixels.

EOS 5DS R is another variant of the original 5DS. The 5DS R comes with an additional light filter that boosts up the image quality of this camera.

The XC-10 is a 4K capable camera that shoot amazing pictures. It comes with 1 inches CMOS light sensor, DIGIC DV 5 video processing module and 10x stabilization that captures the greatest moment in the best quality. XC-10 is also capable of taking 12MP pictures with ISO up to 20,000.

Both of the professional grade camera (5DS and 5DS R) will be available on the upcoming June. However, the pricing and the availability of the XC-10 is yet unknown. Hopefully Canon will release more detail soon as most of the photography enthusiasts are highly anticipating this machine!

Asus is never late for the 4K hype. As a tech giant for smartphone, laptop and computer components manufacturer, Asus products are well known for ...