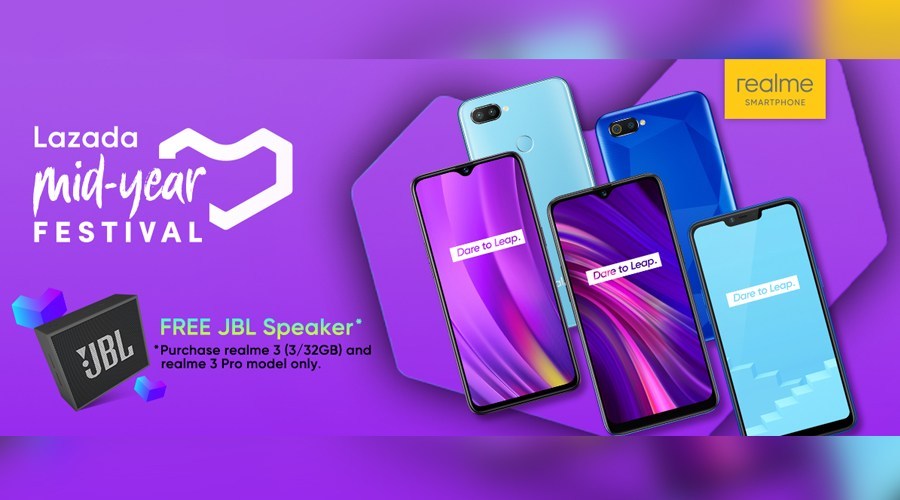 LAZADA will be organizing their mid-year festival on 12th July and Realme now joins in the hype! With the LAZADA’s Chupdulu campaign, you can pay a deposit on 11th Jult and pay the rest on Realme C1 at RM349 on 12th July. In the meantime, there will be free JBL speaker to be given for each purchase on Realme 3 & 3 Pro.

Promoted models are as below

Learn more or grab it at Realme official site.