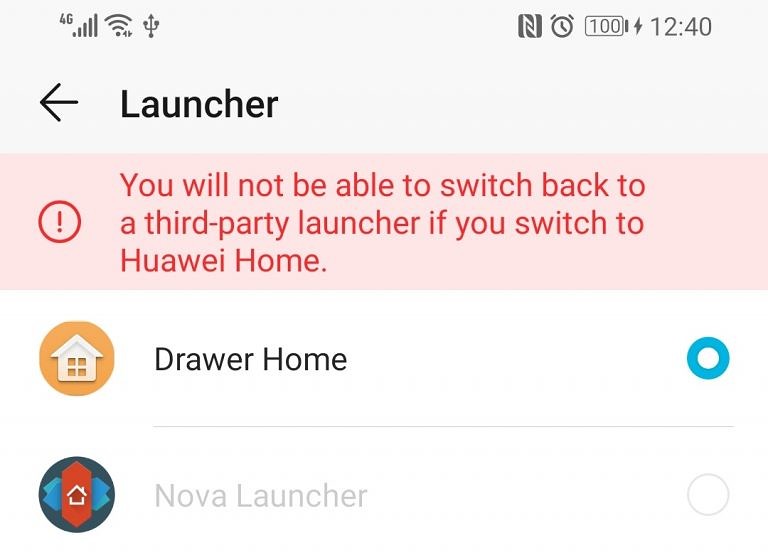 Android has been known for its customization to suits different demands and preference of users. One of the perks of having an Android smartphone is to customize home launcher with all kinds of options available in the Google PlayStore. However, HUAWEI EMUI 9.0 will barred its users in switching to third party launcher due to privacy concerns and different launcher that’s not designed for the smartphone may affect user experience.

For the sake of user experience and privacy, Huawei EMUI 9.0 will bare its user to set third party home launcher as default to eliminate such concerns.

Earlier March this year, Google has launched a Stadia platform that allow users to game in an entry level notebook provided that the internet is ...