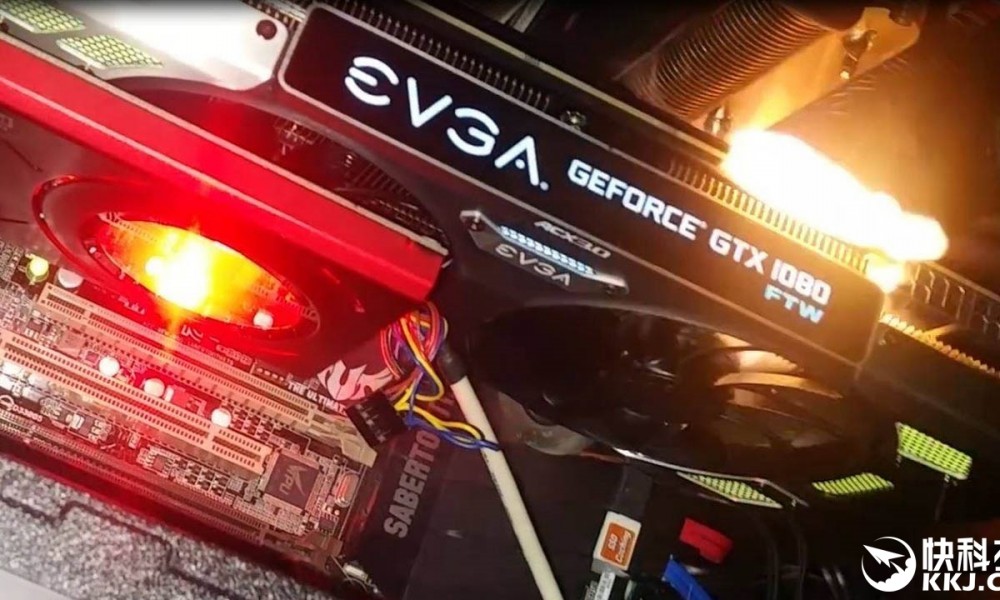 Few weeks ago, many consumer has reported that the EVGA GTX1080/1070 faces serious issue that resulted in black screen (unable to boot) to a serious case like this one below.

An EVGA GTX1080 user Michael Duncan has own his new graphics card around one month and he has captured his GTX1080 caught on fire when his computer is unable to boot. According to the GIF posted, he removed hte 8+6 pin connector for power supply cable and the graphics card heating fan has managed to start of by a few seconds followed by sparkles and fire coming out of the graphic card itself.

According to what EVGA stated, this is resulted from inappropriate design for thermal dissipation between those hardware and resulted in hardware overheat. Meanwhile other suggest that it is caused by poor power management and material cut off.

This previous black screen issue was caused by On Semiconductor (VRM IC Manufacturer) VRM IC’s being out of spec, triggering the OCP (Over Current Protection) and will not cause any damage to your system. The percentage of the IC’s that were out of spec has been confirmed by On Semiconductor and is approximately 3% to 4%. Since then, EVGA and On Semiconductor have worked out the solution and RMA replacement action a couple months ago as we stated above.  At this moment, all of the EVGA GeForce GTX 1080 FTW’s have been corrected and all products in the field are working properly. – EVGA

The world first smartphone with 4 view camera and projection technology – RED Hydrogen One is officially launched in a low key manner and it ...