[Exclusive Interview] The Aftermath of GST on Lowyat Retailers 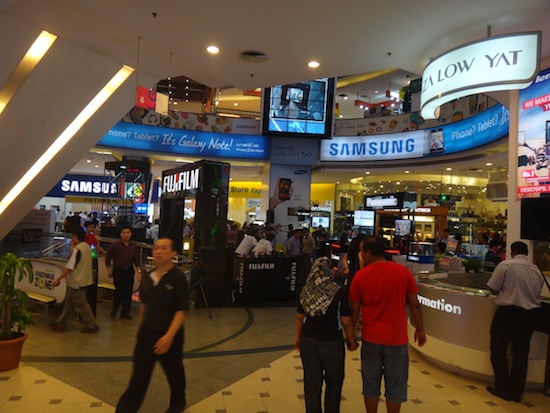 It has been 2 weeks that GST has been implemented in most products including consumer electronics. As the largest IT and consumer electronics store in Kuala Lumpur, Plaza Lowyat offer wide variety of electronics gadgets such as smartphones, tablets, laptop and desktop computers. The implantation of GST into good has certainly reduced some demand and desire of a good especially when it comes to luxury. Today we’re going for an interview with 50 megastores and retailer in Plaza Lowyat and to determine how much is their business affected.

From the interview and poll result we obtained, all of the retailers agree to the point that the customers has reduced in a significant amount. In terms of mobile wholesale and retailers, major brands including Samsung, Lenovo, Blackberry, Oppo and Vivo has faced great reduction of customer up to 70% even after Oppo and Vivo has organized several promotion that covers up the extra GST charges. Some retailers has chosen to bare the extra GST charges by itself in order to attract more customers. Some retailer which has lower margin of profit has chosen the conventional way in charging the GST from the consumers.

The least affected are the smartphone maintenance services. This could likely due to preference in repairing smartphone than buying a new one which saves money and avoid being charged with GST. Some shoplot owners will think that the business may grow up after several month since consumers still uncomfortable of being charged from GST.

Meanwhile, minority of the retailers think that consumer will definitely purchase the electronic gadget if they value and desire the product very much. However, since the consumer population has greatly reduced on April, the fate of the smartphones greatly depends on the production and import cost of the electronic gadget as well as the recommended retail price given by the manufacturer. It is still unknown  when will be the business in Plaza Lowyat will improves from current situation.

Get HONOR 50 for RM1 when you sign up Maxis 158 Postpaid plan from 18th November onward!

Still considering to get a new HONOR 50? Maxis will be offering subsidized HONOR 50 for just RM1 when you purchase the Maxis 158 postpaid ...