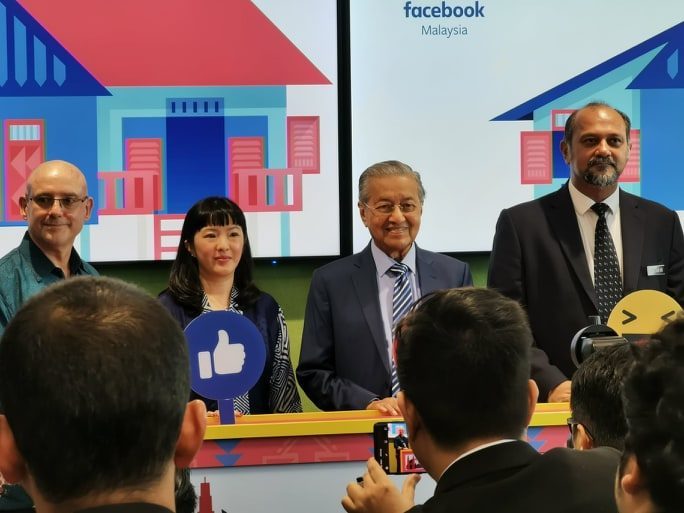 Yesterday marks the date on the opening on Facebook office in Malaysia. This event is participated by Gobind Singh from MCMC and Prime Minister of Malaysia.

Office date shows that 23 million of people reside in Malaysia browse Facebook every month. Furthermore, 98% of internet users are currently using Facebook and 99% of them browse via mobile phone. The high number of Facebook users in Malaysia has a great significant impact towards the country. The presence of the Prime Minister and the Minister of Communications and Multimedia also demonstrates strong cooperation between Facebook Malaysia and the government.

In his speech, the Prime Minister called on Facebook and other social media platforms to continue to work with the Malaysian government and law enforcement agencies to build a positively-affected network environment. Although the Malaysian government advocates a free and open Internet, there is certain thing which are illegal and violate the law. Freedom of speech is not to be abused.

In addition, the Prime Minister also said that the government will focus on the digital economy, and hopes to see more local companies go digital & global

Facebook’s regional director Nicole also announced the Fast Forward Together program for the Malaysian market at the opening ceremony. The three goals of this program are to help Malaysian companies gain growth into the international market, empower a better connected environment, and promote community-driven social impact.

The demand for tablets has risen significantly as education center and enterprises switches to video conferencing as an way to communicate and convey information. Samsung ...