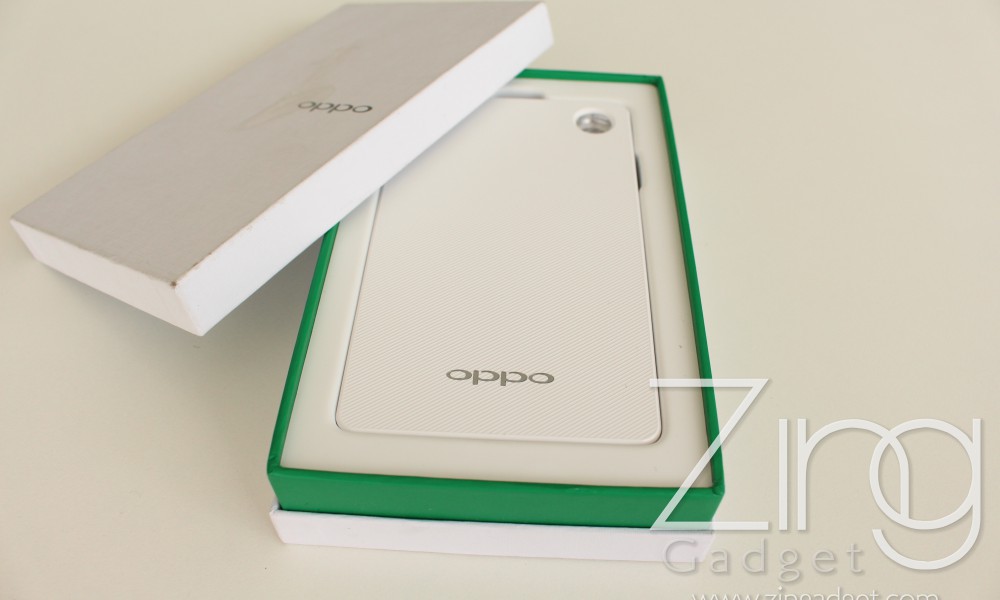 The VOOC quick charge is indeed the greatest technology developed by Oppo. Claiming that the charging rate is 7x faster than a conventional charger, the VOOC technology performs outstandingly in Oppo smartphones such as the Find 7 and also several models. This time, Oppo has decided to move into the powerbank industry and created the world first VOOC quick charge powerbank. The Oppo powerbank appears white and simplistic. Embedded with a slanted lines, the surface of the Oppo powerbank provides little friction that avoid you losing grip on it. The exterior design is already exquisite when we obtained our review unit. Let’s see would it be a powerbank that everyone likes?

The VOOC quick charge technology is indeed one of the greatest technology invented ever. If you played any role-playing games before, this powerbank is similar to the medic character that instant heal the game character up. In terms of the circuit board and battery design, it uses the exactly same chip that is used in the Find 7 and packs with 6000mAh battery. Unfortunately, the VOOC Quick charge technology is only available in Oppo  Find 7, N3, R5 while other smartphone was charged with normal mode.

The Oppo N3 only requires 30 minutes to charge from 0 to 73% which is relatively faster than most conventional powerbank!

You can turn on/off the powerbank when the charge is complete! This can avoid excessive battery wastage while conserving battery lifetime of the smartphone.

The charging cable has been fused into the powerbank when it was out in the store. However, we found that the charging cable of the Oppo powerbank was so short that we have to hold it in our hand all the time when we’re using the smartphone. Hopefully Oppo will improve it in the next model.

In short, Oppo VOOC powerbank is out of the most outstanding powerbank in the world. As a proprietary technology from Oppo, the VOOC is very useful for those who own an Oppo smartphone that supports quick charge technology.