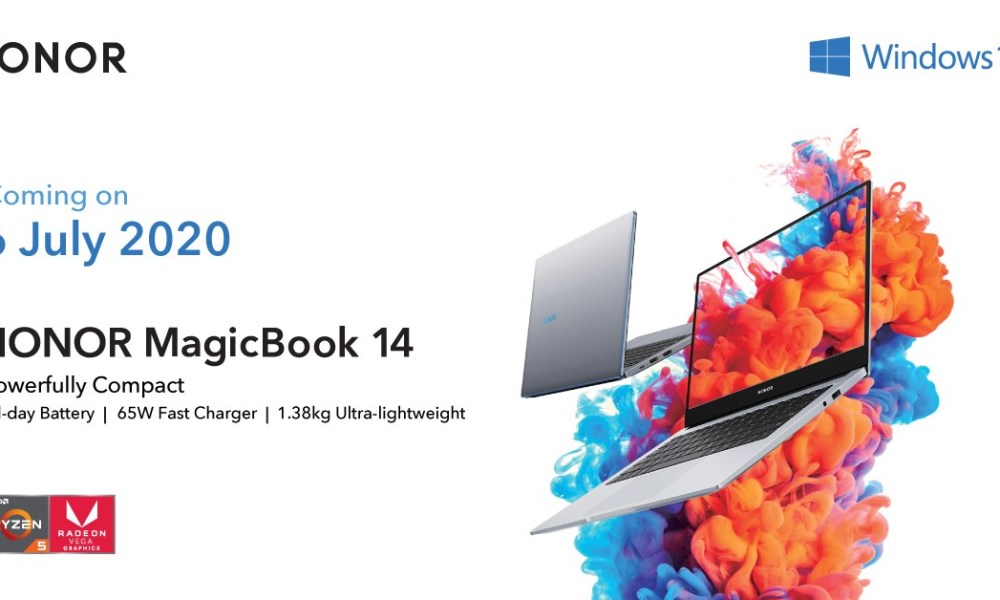 The HONOR MagicBook 14 uses a 14 inches display certified by TUV for its eye protection rating. The thickness of the entire body is only at 15.9mm. It is available in grey and silver colour.

The HONOR MagicBook 14 is able to extend to 180 degree. There is a fingerprint button and a pop-up webcam similar to the HUAWEI MateBook.

The HONOR MagicBook 14 comes with 56Whr battery with 65W quickcharge support. Normal battery last around 10 hours it is able to recharge to 46% by charging half an hour, as stated officially. The 65W charger can also be used to charged other HONOR devices.

The HONOR MagicBook 14 is now available on HONOR Malaysia without its pricing. We will update when the pricing has revealed.

With the economy slowly recovering, vivo Malaysia is now offering price reduction to one of its popular model – the vivo V19. The vivo V19 ...