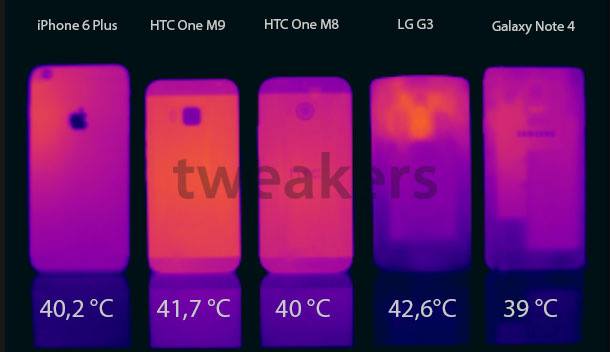 The HTC One M9 is one of the flagship in market that is powered by the powerful Qualcomm Snapdragon 810 SoC. Nevertheless, a thermal imaging by tweaker on flagship benchmarking during last week has shown that One M9 suffers from overheating issues up to 55°C. This raises several concern whether the final product also suffers the same issue when pushed into the market.

However, a recent update by HTC on the One M9 has solved this issue. The overheating issues occurs when the silicons in the processor consuming higher electricity and generating lots of heat. By implementing thermal throttling, the processor will have a lower maximum frequency when the temperature reached limits. Thus, the CPU and GPU will have a cool-down period where the temperature will return to normal. However, it is unsure whether the thermal throttling will affect the benchmark results or real-world performance.