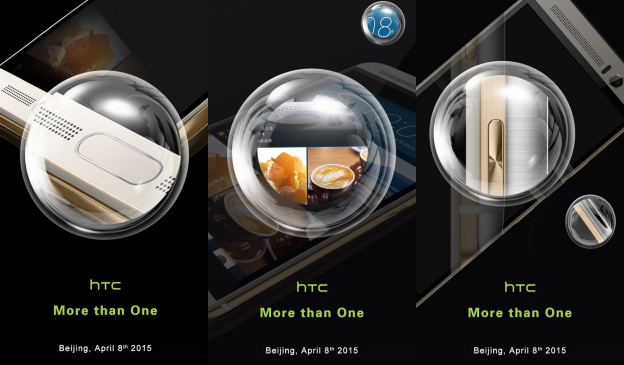 Codenamed “More than One”, HTC has started promoting their next media launch event on 8th April 2015 at Beijing China. It is expected that the new HTC One M9+ will be launched during the same time.

According to previous leakes, the HTC One M9+ will be featuring 5.2-inch display with a resolution at 1440 x 2560. There are several sources that claims that the phone will be equipped with Snapdragon SoC while some claims that it will be featuring processor by MediaTek. Nevertheless, the HTC One M9+ comes with solid home button that is very unique compared to their predecessor.