Huawei confirms to launch Mate 30 at Munich at 19th Sept 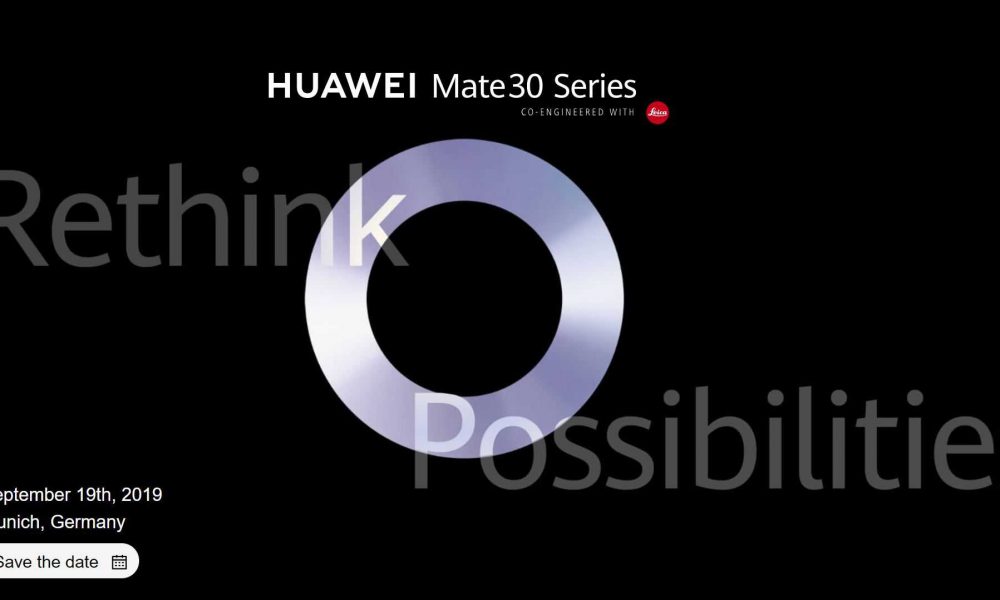 The next biggest highlight of Huawei will be the Mate 30 series. It is now confirmed that it will be launching at Munich on 19th Sept!

Did you get it right? The countdown to #HuaweiMate30 starts now!
We’re going full circle in Munich on 19.09.2019.
Join us live: https://t.co/9ugi5gG9ci#RethinkPossibilities pic.twitter.com/etRYjrBVEC

We can confirm that this phone will be released in Munich, Germany on September 19th, and that circle can be understood as a mobile phone lens or a circular rear lens module that has been broken for a long time. Of course, the specific details have yet to be followed. Official announcement confirmed. The date of September 19 is the same as the previous news. In addition to the previous official announcement of Huawei, IFA 2019 released the Kirin 990 processor and the September 19 release of the Huawei Mate 30 series is basically confirmed.

According to previous rumors, the Huawei Mate 30 series will be equipped with nearly 90° side curved surface “Waterfall Screen”, Kirin 990 processor, rear dual 40MP main camera plus two other lenses totaling four camera combinations, Liu Haiping design, etc. At the same time, there are also reports that the Huawei Mate 30 series will use the virtual button to cancel the volume button. More details will be reveal on the 16th of this month.

After a period of wait from the OnePlus community, OnePlus official has posted an update for the new OnePlus 5 which will be launching in ...