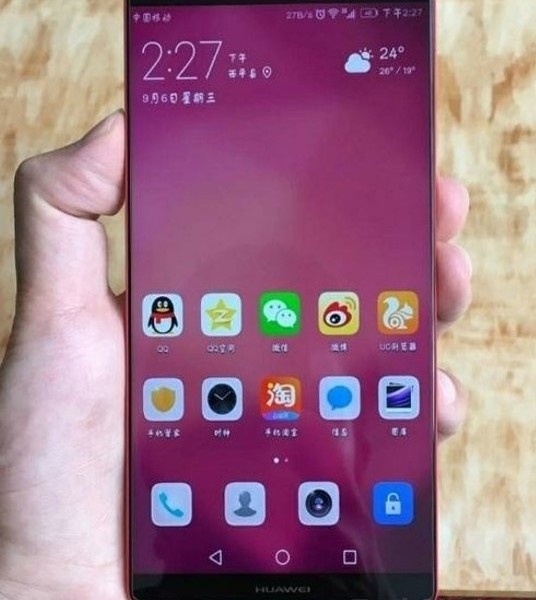 Marching towards the end of 2017, it has always been a blooming session for large display smartphone noticeably iPhone 88 and Samsung Galaxy Note 8. On the other hand, Huawei Mate series that offers large display is usually launched end of the year. Thus, speculation of the Mate 10 has been circulating around the internet and a new source has bring us a closer look to the Mate 10.

According to TechMSD, a new alleged Mate 10 prototype has appeared online which offers a ridiculously large display and small bezels, covering almost 70% of the palm area. It is estimated for a 6 inches size with 18:9 aspect ratio. The Huawei logo is also noticeable at the bottom.

With the newly launched Kirin 970 SoC powered along with the neural processing unit, the AI enhanced SoC could draw more performance and optimization on user experience on the Huawei Mate 10 when it is launched to the market.

Apart from the design concept and hardware leaks from various sources, the official launch date of the Galaxy Note 8 is now confirmed. The new ...