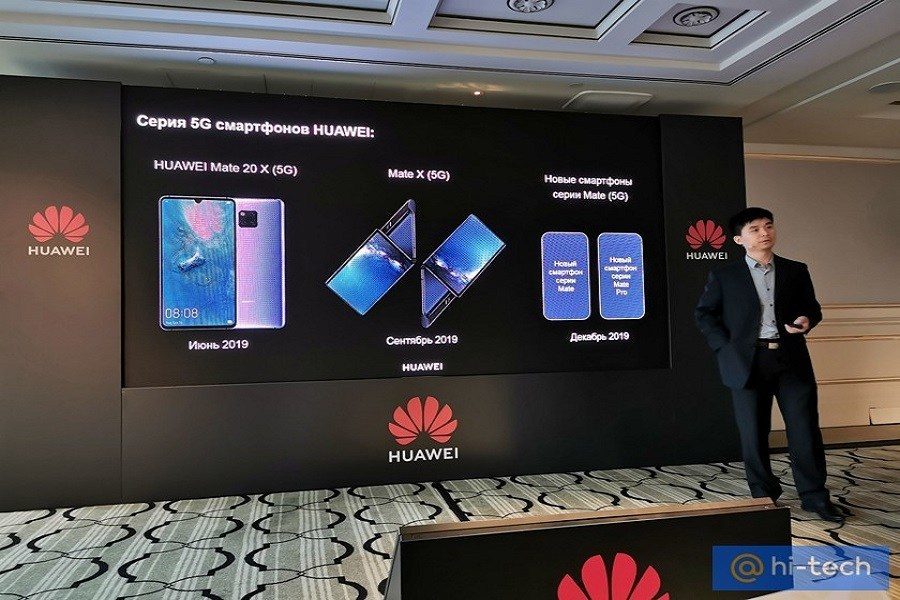 In the recent 5G conference at Russia, Huawei has revealed its roadmap on the future devices which sheds some information on the Huawei Mate 30.

During the conference, Huawei officially announced the official launch of the Huawei 5G series mobile phone in Russia. One of them mentioned that a mobile phone suspected of Huawei Mate 30 will be launched in Russia in December 2019. Although the current plan is only for the Russian market, it is also foreseeable that Huawei’s new mobile phone is still expected to be launched globally, not affected by the US ban.

Rumor has it that the Huawei Mate 30 Pro 5G will be equipped with a 90Hz AMOLED screen and a dual-lens opening on the top left for face recognition. The back is equipped with a matrix four-shot lens, or supports 5x optical zoom + 50x digital zoom, the configuration will use the new Kirin 985 processor.

On the other hand, Huawei’s first folding screen phone, Mate X, will be available in September 2019. The news has repeatedly stressed that Huawei Mate X is delayed, mainly because it has to be re-tested at the factory to avoid the same embarrassing situation as the opponents when they are on the market.

The design of the LG G5 has been kept mysterious for few months while there are lot of Samsung Galaxy S7 and S7 Edge design ...