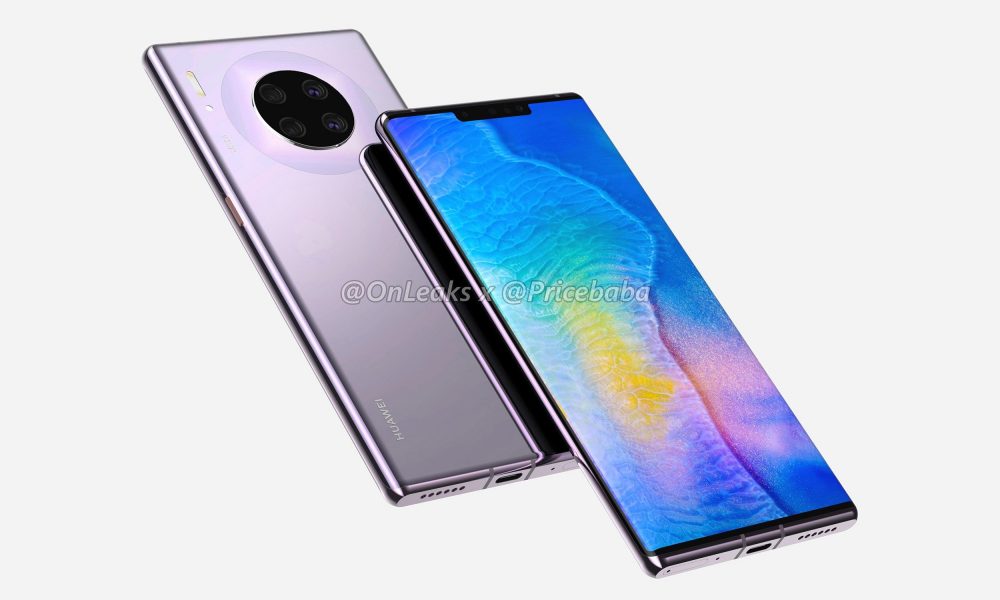 As we are getting closer to the official launch on 19 Sept in Munich, the leaks of Huawei upcoming flagship device, the Huawei Mate 30 series, had gone a bit out of hands. This time, a new render of Huawei Mate 30 pro has surfaced, showing the device will come with a triple front camera setup.

Today, folks from Onleaks and Pricebaba had upload a video showing the alleged 360 degree render of the Huawei Mate 30 Pro. Specs from previous leaks, including waterfall curve screen, notch design and quad rear camera, are all shown in this video, together with a new piece of information: it comes with a triple front camera setup, which is the first in the series.

Besides, the renders also shows that the Huawei Mate 30 Pro does not come with a physical volume buttons, probably due to the extreme curvature of the waterfall display. From spec wise, the Huawei Mate 30 Pro are expected to come with a quad rear camera setup, with 2 of them being a 40MP sensor, a Kirin 990 processor, and 4500mAh battery that supports 25W wireless fast charge and 45W SuperCharge.

More details will be unveiled in the official launch on Sept 19.