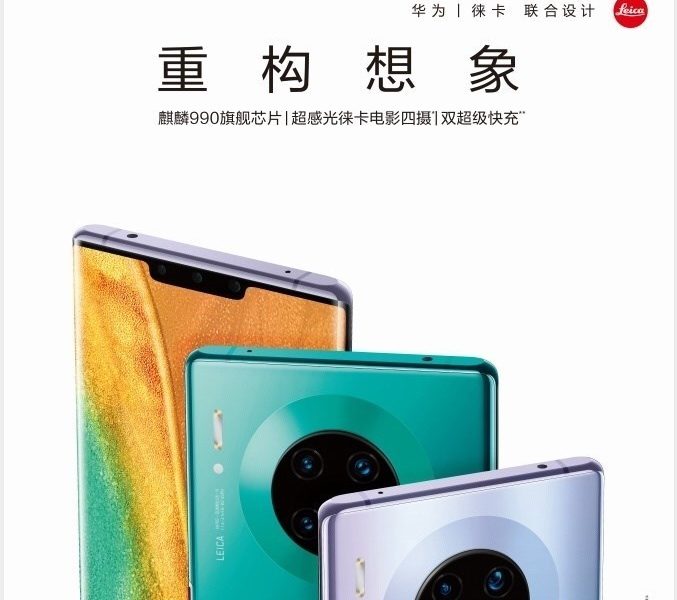 The new Huawei flagship is about to launch soon. The Mate 30 that has been revealed pretty much 99% now gets refreshed online with teaser leaked unofficially on Weibo.

It re-highlights that the Mate 30 series will be featuring the new Kirin 990 SoC, LECIA quad rear camera and dual curved display. However, there is no detailed rumors on the rear camera modules but instead offering a new arrangement.

On the other hand, its protective cover gets revealed which adheres with the rumored shape of the Mate 30 Pro. It also shows that the Mate 30 retained 3.5mm audio jack  but not on th eMate 30 Pro.

There is also no volume rocker to be seen. Further detailed will be revealed on 19th Sept.

The first few pioneer LEAGOO smartphones launched in Malaysia are the Elite 1, which is then followed by the Alfa 2. As the brand was ...