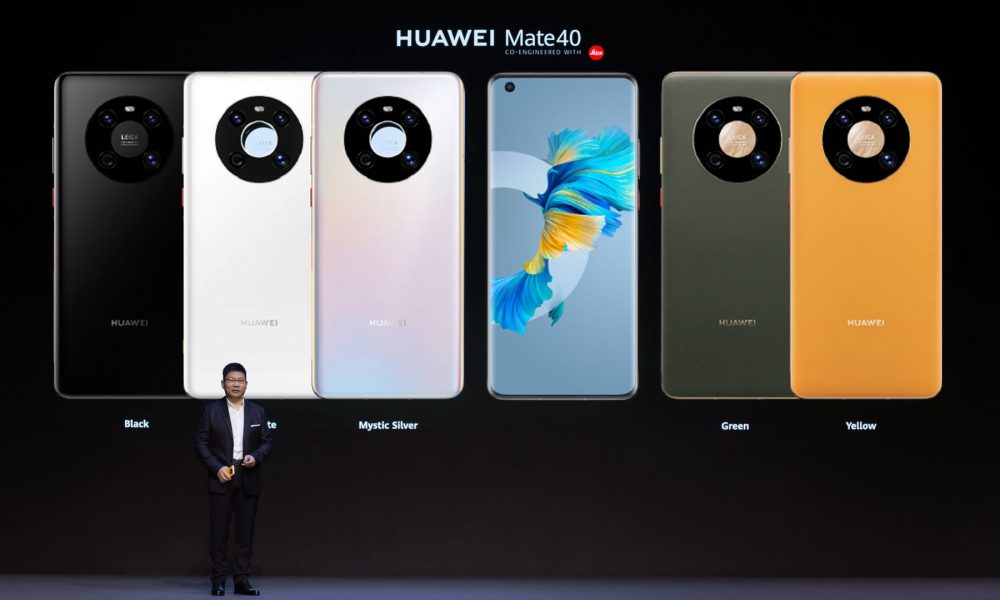 In the past few hours, HUAWEI has launched their Mate 40 series and it is one of the biggest highlight today. The Mate 40 series focuses on built quality with elegant design while highlighting the performance of a flagship with the state of the art Kirin 9000 processor.

The HUAWEI Mate 40 Pro brings a 6.76 inches FHD+ OLED display. It brings the 88 degree waterfall display while all the hardware keys were retained. The Mate 40 Pro also uses leather like material for its rear panel while featuring colors such as mystic silver, white, yellow, green and not just one colour.

Meanwhile, the Mate 40 Pro Plus offers in ceramic white and black.

The Mate 40 Pro Plus brings a total of 17x optical zoom.

The Mate 40 series has a 13MP camera with 3D depth of field on its dual front facing camera. It supports 240fps slow mo capture and 3D facial unlock.

The Golden Snap based on AI is now in a new version that can remove shadows along with passerby, reflection and other unwanted objects from the first version.

Apart from Kirin 9000, HUAWEI also brings the Kirin 9000E as an economical version of Kirin 9000 for other flagship classes.

The Mate 40 series also packs in a 4400mAh battery that supports 55W quickcharge and 50W wireless quickcharge. It can even charge the battery in low temperature environment.

HUAWEI also added some minor features including Eyes on Display (a rename of AOD) along with smart gesture control for a better user friendliness.

HUAWEI also introduces its first M-Pen that brings notetaking on your phone which can be charged via its USB C connector.

HUAWEI also adds privacy improvement that prevents message from being shown when someone peeking or when you’re portraying on a TV.

The pricing for the Mate 40 series is as below:

The Rose Gold Samsung Galaxy S6 Edge Plus is coming!

The Rose Gold hype has started when Apple first introduced this colour into one of the colour option of the iPhone 6s. With this colour ...