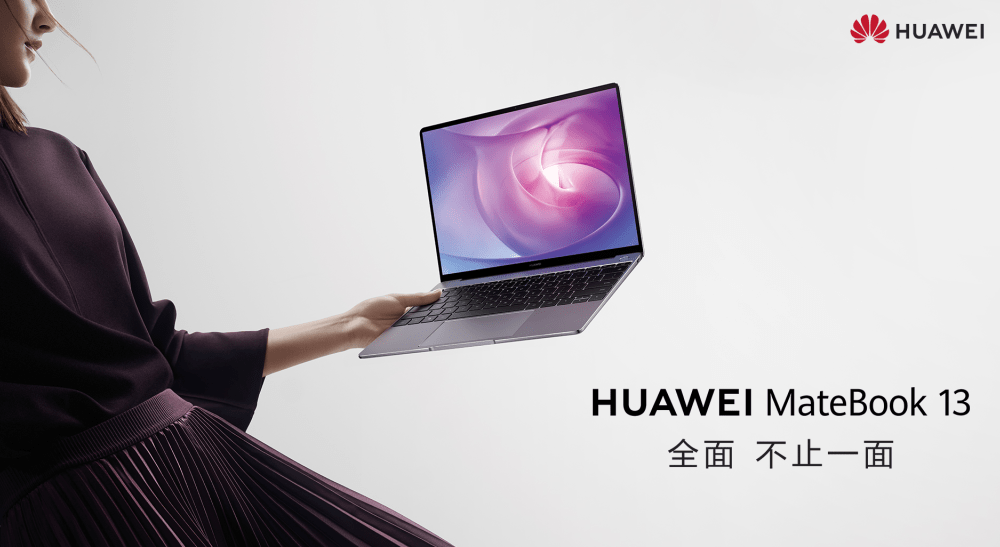 During the Huawei launch event yesterday, Huawei brings two smartphone on stage and one of it is the Nova 4 and it also brings a new laptop and it’s the Matebook 13. Let’s have a look!

The look is almost identical with Huawei X Pro and it is built mostly out of metallic body. However the speakers were relocated away from the side of the keyboard and it was promoted for being a lightweight, portable notebook with weight at 1.3kg and thickness at 14.9mm.

The MateBook 13 sports the 8th generation Intel Core i5 and i7 with the same MX150 GPU from Nvidia on MateBook X Pro. It is surrounded with Dolby audio and the power button works as a fingerprint sensor.

The cooling fan on the notebook is able to achieve up to 8000rpm with 25% more ventilation. With the new Huawei Share 3.0, photos are video can be quickly transferred onto notebook via NFC technology.

The notebook also promises quickcharging with 2.5 hours office productivity and 10 hours of movies in just 15 minutes charge. There is also eye protection enabled on this device.

Price of this model starts from RMB 4999 to 6399 and it will be available in China by Christmas 10am.

Earlier today, a reputable Weibo poster has leaked that the next year flagship will be powered by Snapdragon 875 along with 3K resolution with ultra ...