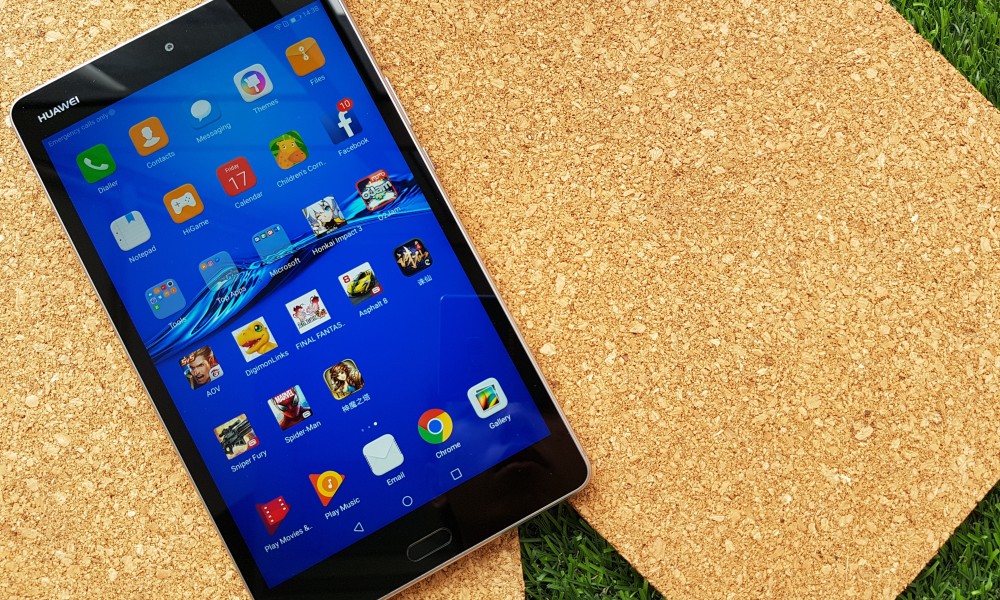 With smartphone gone bigger in size, nothing still beats a fully functional tablet with the screen size it offers and the battery life. Given the Huawei MediaPad M3 Lite an example, it is an exemplary model that has a balance between screen size, performance and its affordability. The design language of the MediaPad M3 Lite might not have extreme and distinctive look but it is equipped with all performance and decent hardware needed for your daily dose of multimedia enjoyment. 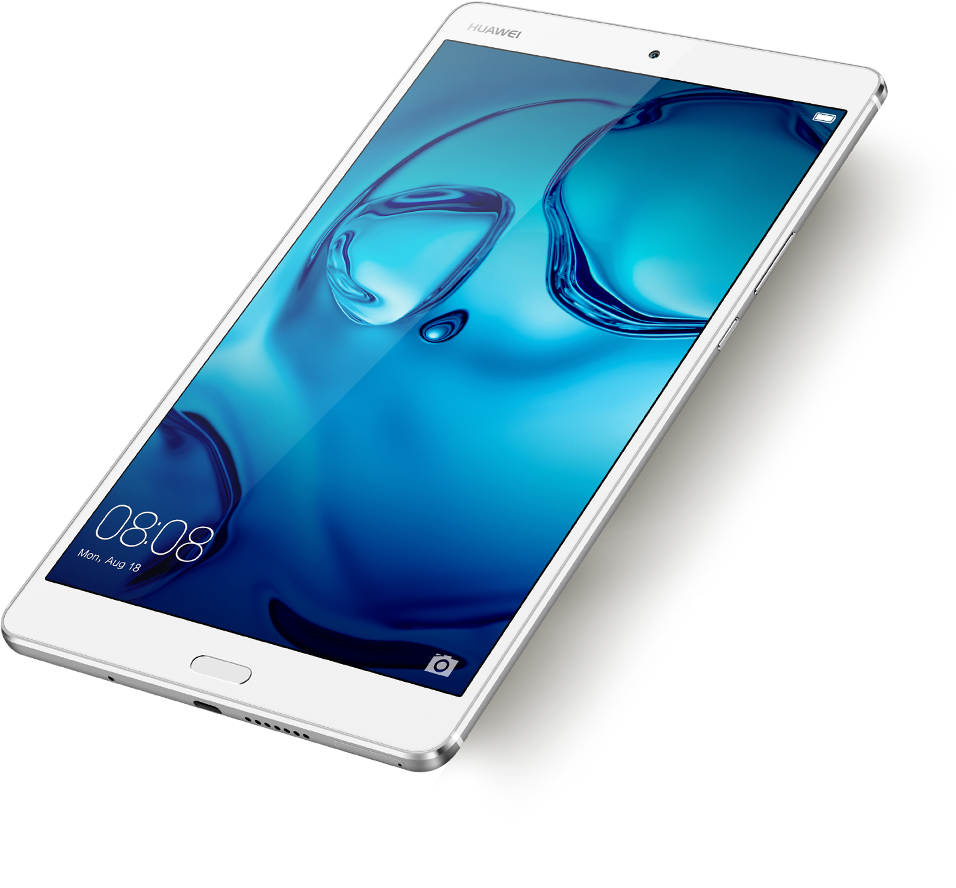 With standby time of 600 hours, it is a piece of gadget that works whenever you want to, a battery last up for 40 hours of music or 9 hours of video playback. The  dual stereo speakers with dual PA chips powered by Harman Kardon allows you to enjoy your favorite music to a whole new level and gives you thrill when you game on this tablet.

This 8-inch tablet doesn’t simply focus on videos or movie playback but it also game flawlessly. Why do we said so? Let’s see some of the benefits that the MediaPad M3 Lite gives on game across genre. 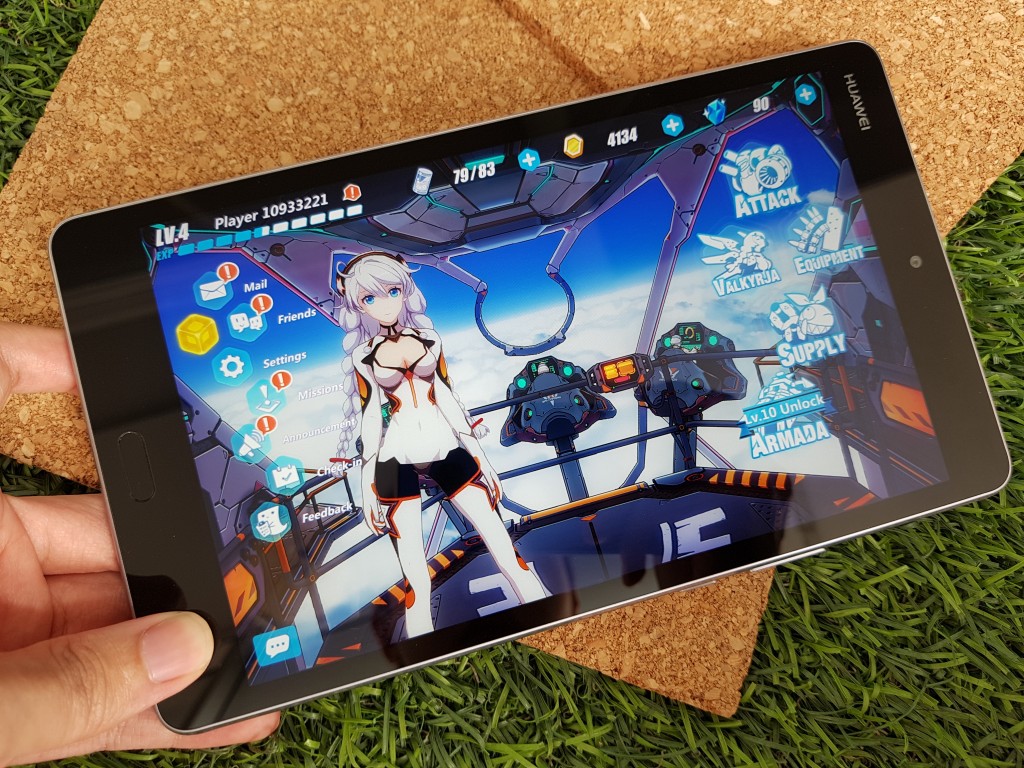 Known for its high demand on graphic processing power,  the Honkai Impact 3 is a MMORPG that sets in combat environment with progressing story. During boss attack and other graphics intensive scenario, most smartphones will encounter frames drop and freezes that affect the gaming experience as you get constantly attacked by enemy. However, the MediaPad M3 Lite powered by Snapdragon 435 octacore SoC with new GPU can handle all load with full visual animation effect and resolution at 60fps during the most graphic intensive scenario yet. No frame drops observed. Hence you can dodge bosses attack and plan your next move while you enjoy all the stunning visual effects on a 8-inch Full HD+ display. 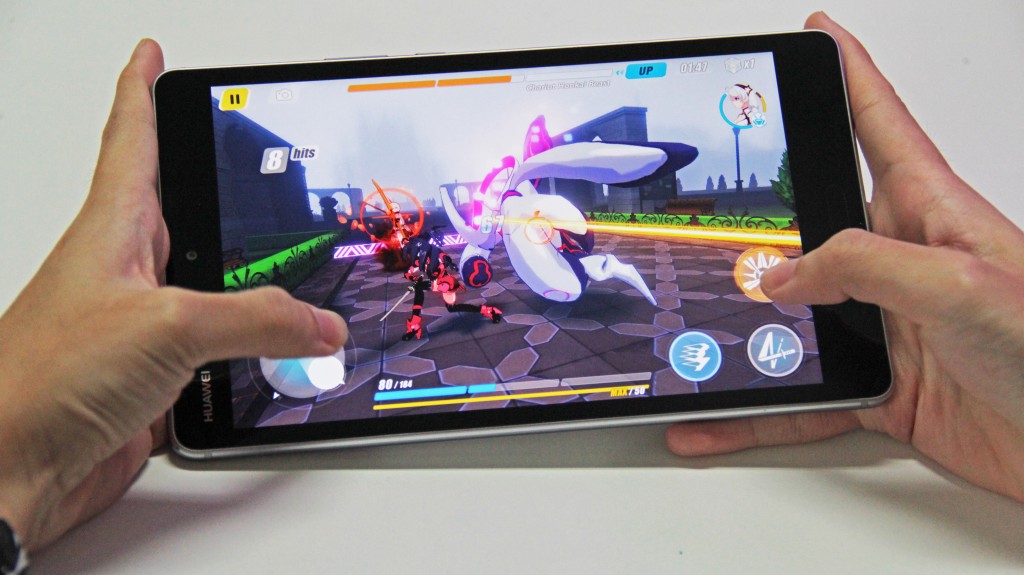 If you are an avid gamer, the ClariVu reduces eye straight and protect your eyesight in prolonged period of gaming. All those visual effect topped with the best audio from Harman Kardon will definitely give you the most immersive and intensive boss battle thrills ever. 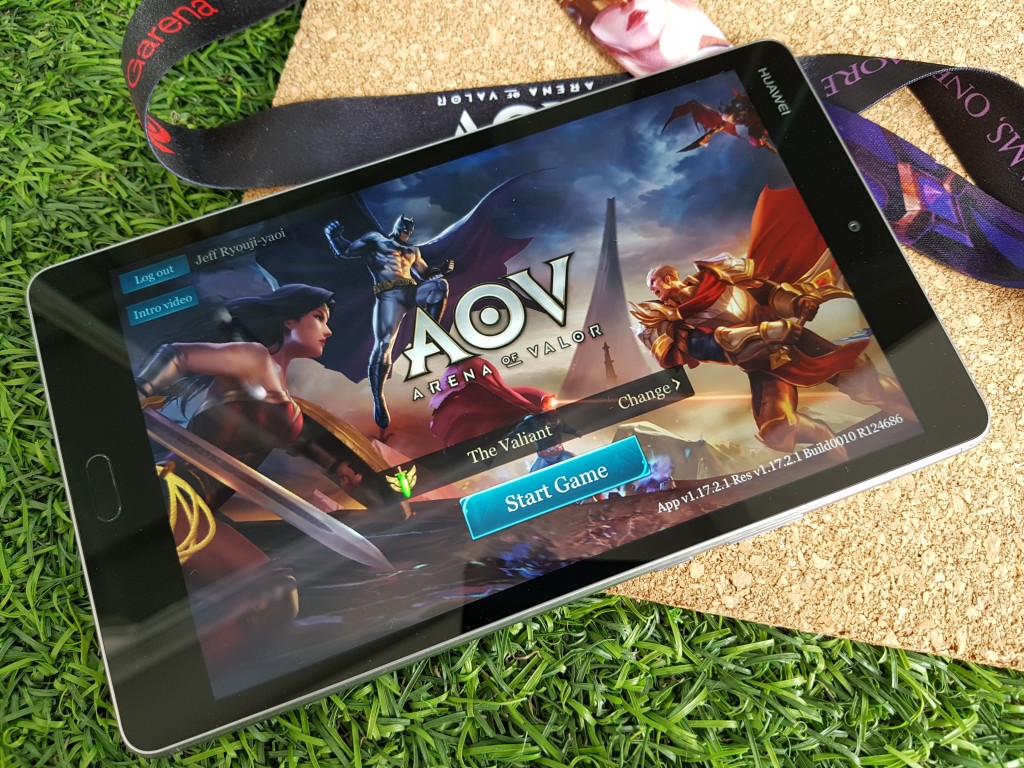 The Arena of Valor is a new game launched by Garena Malaysia recently and it has been going popular for Malaysian teens. You can easily spot Arena of Valor (AOV) gamers from college campus to “mamak” shop across the street. It is a massive online battle arena (MOBA) where you get to team up with other players to dominate the other team. Here’s how the MediaPad M3 Lite offers you a significant advantage in winning the game.

As AOV is a challenging and real time competitive game, every single second in the battle counts. The ability to spot an enemy and the time to react to it could be a winning decision for a game. The MediaPad M3 Lite offers a large brilliant display where all creeps, heroes and character can be easily seen.

Don’t be fooled by the “Lite” on the model name because the performance it gives doesn’t fall into that category. The MediaPad M3 Lite works flawlessly in the 60fps mode where you react to the presence of enemy in real time and this is how you dominate the game. It is one step ahead to a victory when you play AOV on tablet such as the MediaPad M3 Lite. 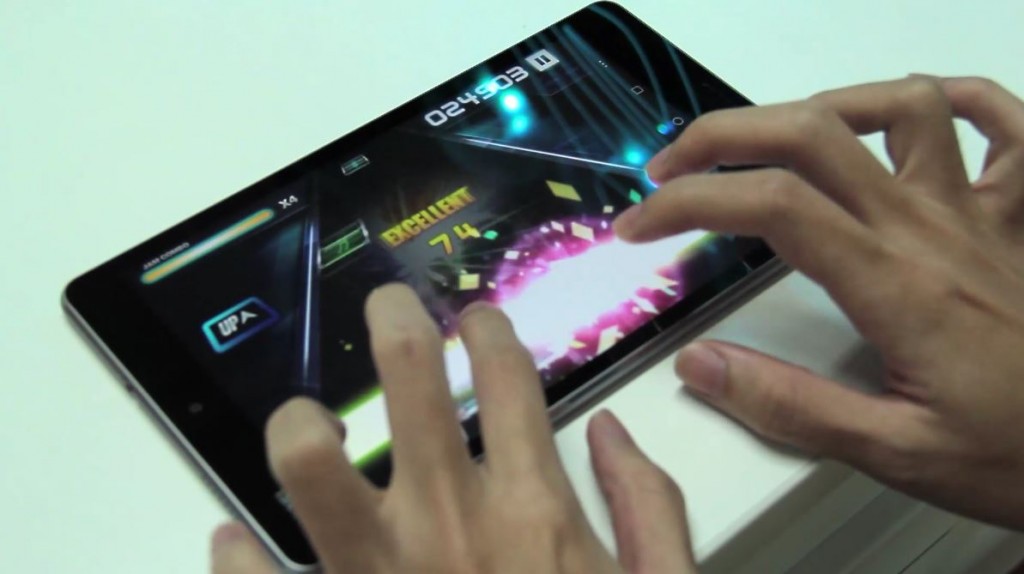 Ohh, did anyone remember this classic real time music game? The O2Jam is a fast paced game where you react and synchronizes to music notes in real time while enjoy the music blasting out from the Harman Kardon enhanced speaker, if you game it on MediaPad M3 Lite. Reacting by clicking on a music note on a smartphone requires fingers moving rapidly across different direction and here’s what the 8-inch MediaPad M3 Lite has to offer on the ease and convenience for this game. Placing your 5 fingers directly on top of the tablet is no hassle as it supports multiple finger input so you don’t have to move your finger too frequently to catch those notes.

Every blocks is crucial and we’re aware of that. The MediaPad M3 Lite doesn’t fails our expectation because our all time enjoyment on the O2Jam is smooth and there isn’t any audio distortion when you crank up the volume while enjoying your favourite beat. The dual stereo speakers with dual PA chips backed by Harman Kardon audio bring the best gaming experience out of this game. 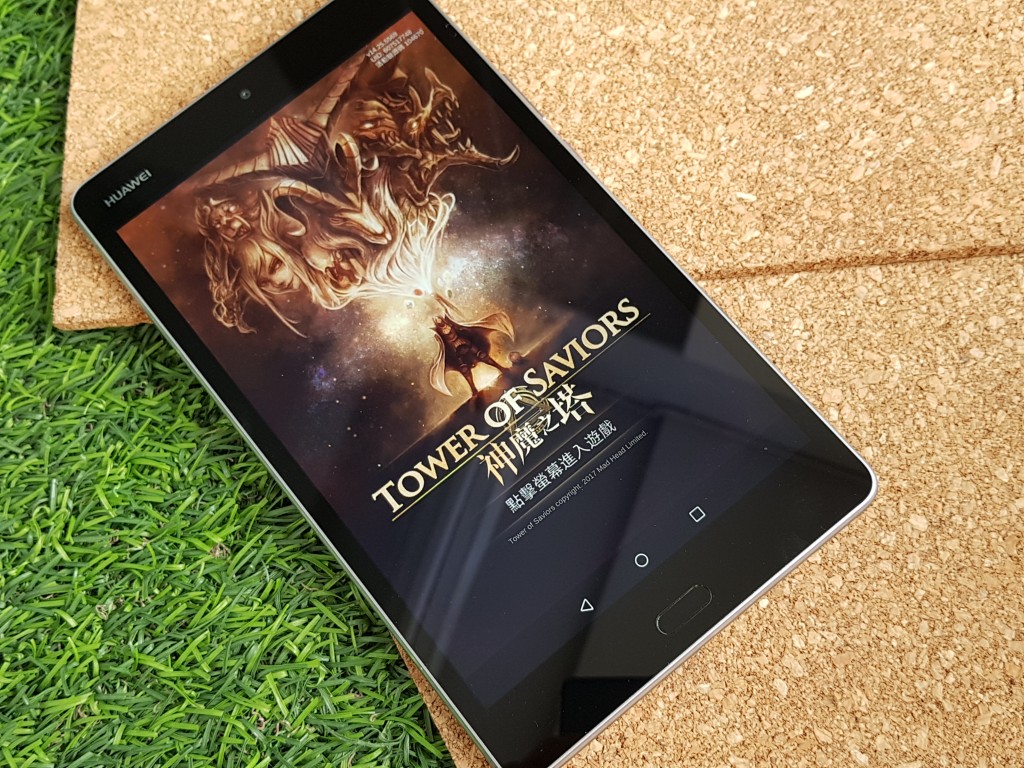 When coming into strategic turn based card game, one must not miss the Tower of Savior (ToS) that was launched early 2014. This real time strategic game activates your fast thinking skill for the best combination by rearranging the jewel. However, it is a frustration when the game lags in the middle of jewel arrangement and you missed a chance for your victory because of that. Nonetheless, this doesn’t happen on the MediaPad M3 Lite because this tablet offers the most fluid ToS experience ever. You can easily dominate this game as the space are enlarged for you to navigate between jewels and the crispier colour gives you advantage to identify different jewels type at first sight. 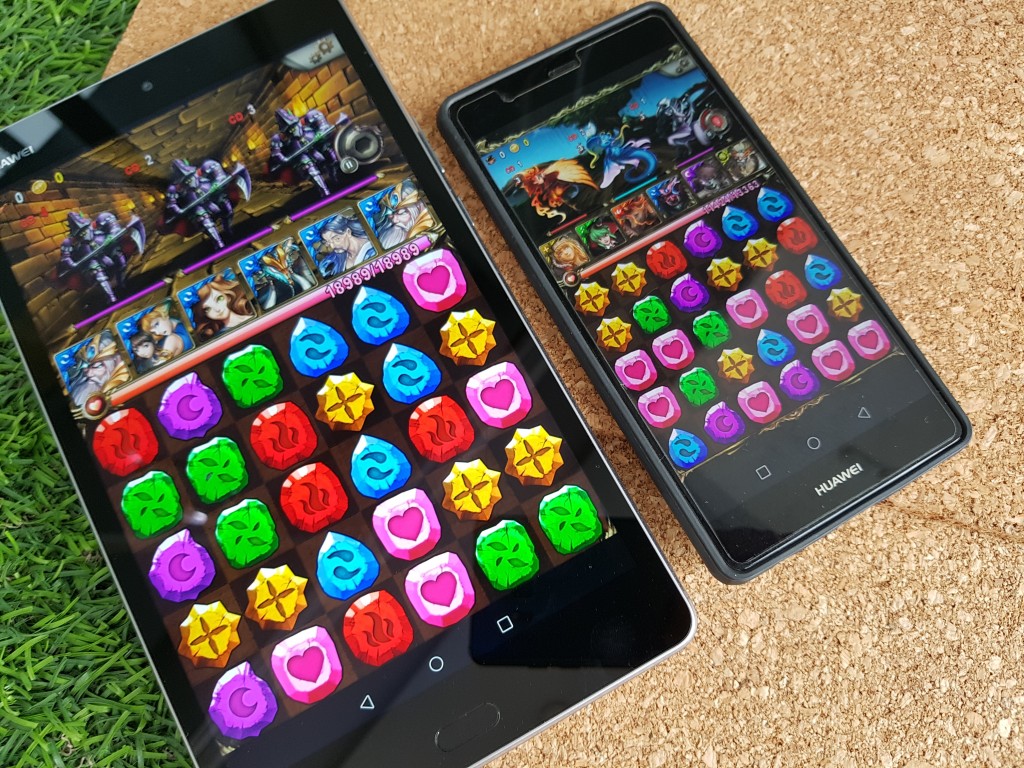 The Huawei MediaPad M3 Lite is a decently sized tablet that fulfills all your need, be it on gaming, movies, music or even reading. All of your demand for a lag-free gaming tablet to your Saturday night Netflix comes easily with stable connection with 4G LTE and WiFi 802.11ac, supported by a large 4800mAh battery all for a highly affordable price tag at RM999.

Today is another great day for Honor as their new entry level smartphone, Honor 4A will be officially announced and revealed at China. Meanwhile, a ...