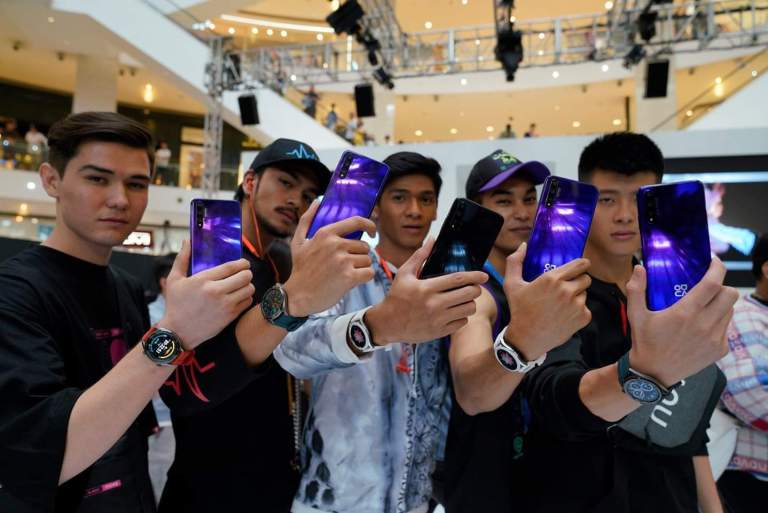 Fortunately, the Malaysian market are slowing becoming a key market for smartphone companies, as more and more new smartphones are making its global debut in Malaysia, and we get to become the first in the world to get our hands on those devices. Last weekend, the Huawei nova 5T had made its global debut in KLFW 2019, and it is the first time the public get to see the overall look of the nova 5T.

Although the nova 5T only made a brief appearance in the show, we are able to secure few information about the phone, which one of the being the screen itself. It seems that previous listing on Android website is wrong, as the nova 5T are seen housing a display that is way bigger that 5.5 inch, with a punch-hole on top left. Secondly, it is also confirmed that the Huawei nova 5T will also comes with a rear quad-camera setup, and the back of the phone greatly resemblance the HONOR 20 series.

However, Huawei Malaysia did not disclose further information about its specification in the event, thus we can only assume that the nova 5T will come with 8GB RAM and 128GB ROM, supports NFC, and utilize a Type-C charging port, according to previous listing on Android website. Huawei Malaysia will be launching the nova 5T officially on tomorrow (27 August), and further information including the pricing and availability, will be disclose by then.

In the early June 2018, Apple has announced upcoming OS updates such as iOS 12, Watch OS, tvOS et cetera. But this year things has ...