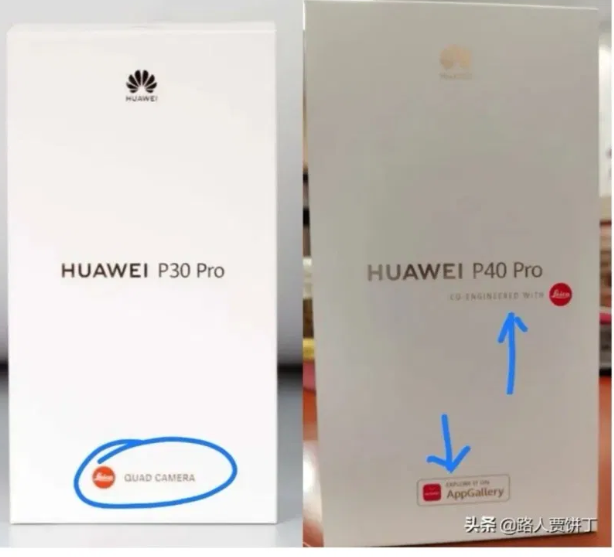 In just 10 days to the launch of HUAWEI P40 series, we now have another packaging of the P40 Pro retail box which has some differences between its past generation.

There are some details can be observed, the LEICA certified logo were moved upwards whereas we can now see the “Explore on App Gallery” logo on the bottom. This also means HUAWEI will be rigorously pushing HMS system on its smartphone.

The previous generation of Leica four-shot has now become a common word created by the cooperation of Leica, so we still do not know whether to continue to use the four-camera system, but according to some past reports, it is expected that the HUAWEI P40 Pro is expected to use the rear Five-camera system. As for what breakthroughs will be made by then, it is worth looking forward to.

As for its specs, the HUAWEI P40 series is expected to be equipped with Kirin 990 5G processor, support 10x optical zoom, may be equipped with a front three-shot lens, and there are also news that the P40 series will have three P40, P40 Pro and P40 Premium.

Activate dark mode in Facebook Messenger with this character

If you feel that the white background with blue text bubble is the most boring thing in Facebook messenger, you can now activate dark mode ...