Huawei to launch FreeBuds at IFA 2019 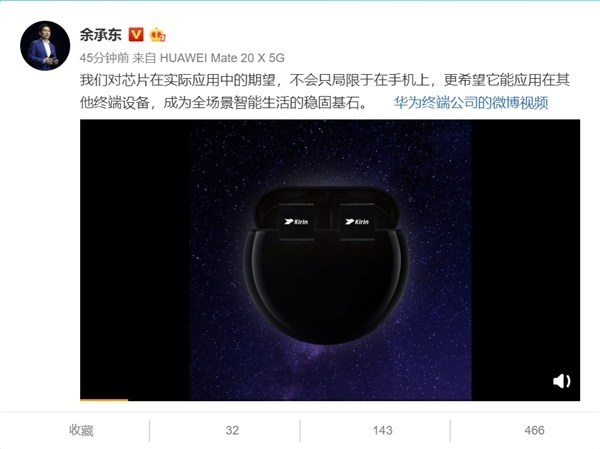 Huawei will be releasing the new Kirin chip at IFA on 6th September this year. Yesterday, Huawei consumer business CEO Yu Chengdong released a trailer. There was a headset box suspected of being the new FreeBuds, and there were two Kirin chips in it. Some netizens speculated that Huawei will launch a new FreeBuds headset on IFA2019. Like the W1 solution on the Apple AirPods, it has two Kirin processors.

The Kirin chip will be applied to more intelligent terminal devices, and will be announced on this IFA 2019.

In addition to the new headset, this time Huawei is also likely to release the new Kirin 990 processor at the IFA 2019 conference. Based on previous exposures, the Kirin 990 uses the 7nm Plus EUV process and uses the new Cortex A77 architecture, which may be a 4+4 core design.

The new HUAWEI Nova 7 SE will soon be launching in China on 23th April. Apart from the Nova 7, there will also be the ...