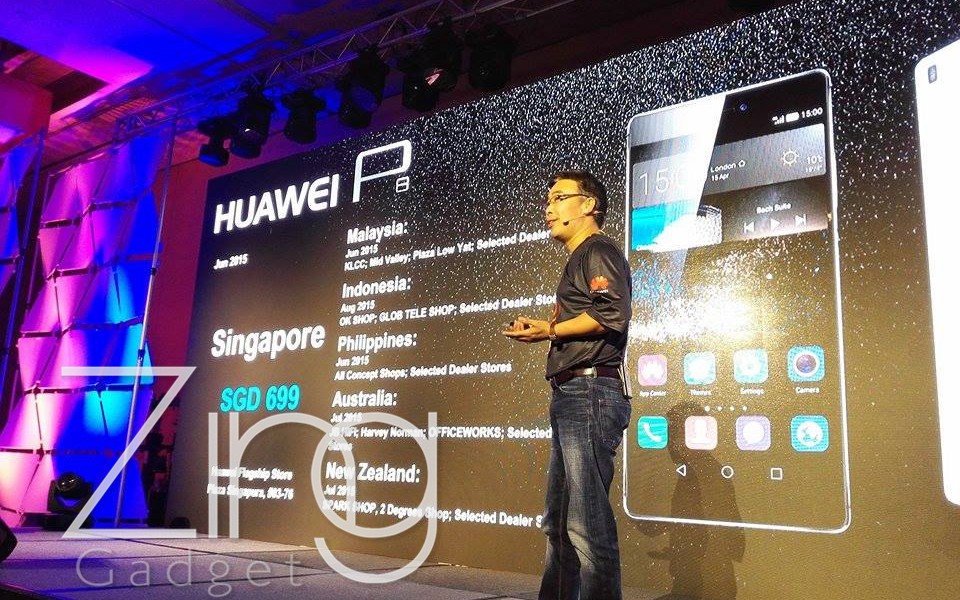 After the launch of the Huawei P8 in China last month, Huawei has organized a mega launch event today which is held on our neighboring country, Singapore. We were honored to be invited to witness the launch of one of the greatest flagship from Huawei. Without further ado, let’s have a look of the amazing Huawei P8!

Unfortunately, Huawei didnt bring the P8 Max onto Southeast Asia market. However, we were still offered the option between Huawei P8 and P8 Lite! Let’s see the tech specs sheet of both!

Huawei Talkband N1 is a piece of earphone that is designed for Hi-Fi audio. When the headset is in vacant, both sides of the headset can be stick together with magnet attached on both side. It also comes with 4GB of memory that is able to store up to 1000 songs! Apart from Bluetooth technology, the Talkband N1 also comes with IP54 rating for water and dust resistant, making it an ideal companion for sports.

The Talkband B2 is another smartphone companion that help you doing those peripheral task apart from acting like a watch. It is able to answer calls and locate your smartphone when it goes missing. Besides, you can detach the main module from the band and transform it as a bluetooth headset up to 6 hours of talk time! A single recharge for 1.5 hours is sufficient to make the Talkband B2 last for several days!

Good news is, the Talkband B2 is also compatible with Android 4.0 and iOS 7.0 above!

The Huawei Watch is the first Android Wear manufactured by Huawei itself. Sporting an 1.4 inches AMOLED display with thickness at 11.3mm, the Huawei Watch is able do more than a normal smartwatch does. It also comes with 40 different clock interface to suits different users!

Here comes the good news! All of the Huawei product listed above will be available on market earliest on this upcoming June in Malaysia, Philippines, Indonesia et cetera. The pricing of the Huawei P8 has been confirmed on much earlier which is at RM1799 with GST (and SGD$699). The P8 Lite is priced at 329 SGD which is roughly estimated around RM896.

The Talkband B2 comes with 2 different variants which is based on the strap material. The classic version comes with plastic strap which is priced at RM651 and the leather strap “Elite” version is priced around RM815. However, there isn’t much detail regarding the pricing of the Talkband and the Huawei Watch. Hopefully Huawei can make them both affordable for consumers!

Good news to iPhone lovers! According to Malaysian Wireless, U Mobile is going to roll out new iPhone 6s and 6s Plus bundled plan to ...