The first generation Huawei Watch has created a solid reputation with its elegant look that mimics conventional watches. This time, the internet renown gadget leaker Evan Blass @evleaks has a new update on the upcoming Huawei Watch 2 which will be launched on the Mobile World Congress along with the new Huawei P10. 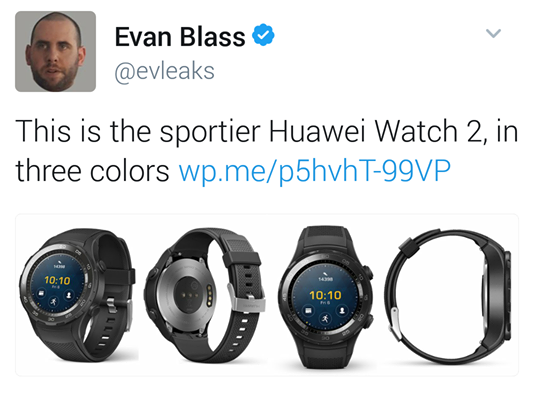 The 2nd generation of Huawei Watch has a major change in design which appears more sportier and fitness-centric. It comes with rubber layer and integrated with multiple sensors. As its band is undetachable, the new Huawei Watch is available in 3 colours – black, grey and orange.

Besides, rumors also suggested that the Huawei Watch 2 will feature a SIM slot that reduce reliance for mobile network through paired smartphone. Android Wear 2.0 OS is also highly likely to be installed on the new smartwatch. Let’s wait for official information for the new Huawei Watch during MWC 2017 next week!

You can now register your interest for Samsung Galaxy Note 8!

For those who has been waiting for the Note 8’s arrival, you can now register your interest for the upcoming Samsung Galaxy Note 8 when ...