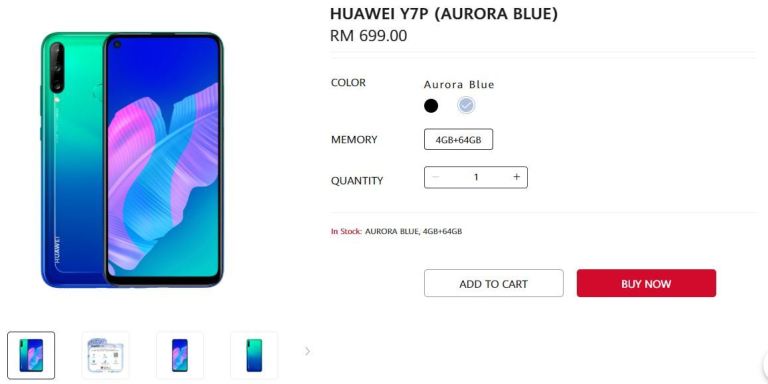 Earlier today, HAUWEI has launched the Y7p apart from the new Nova 7i.

The HUAWEI Y7p features multi-colored design with the appearance of 2.5D visual. It is available in blue and black.

HUAWEI also adds Kirin 710F and paired with 4GB RAM, 64GB ROM with expandable storage up to 512GB. There is also a 4000mAh battery within.

The primary camera is a 48MP camera with 8MP wide angle lens, 2MP depth of field and support Handheld night mode and AI scene recognition. It also has a 8MP selfie camera.

As for its pricing, it is retailing at RM699.
Tags: Huawei

The new OnePlus 5 in new colour launched for around RM2050!

After few days of viral sensation on the OnePlus community, the new OnePlus 5 mint gold edition is now officially out and available online! While ...