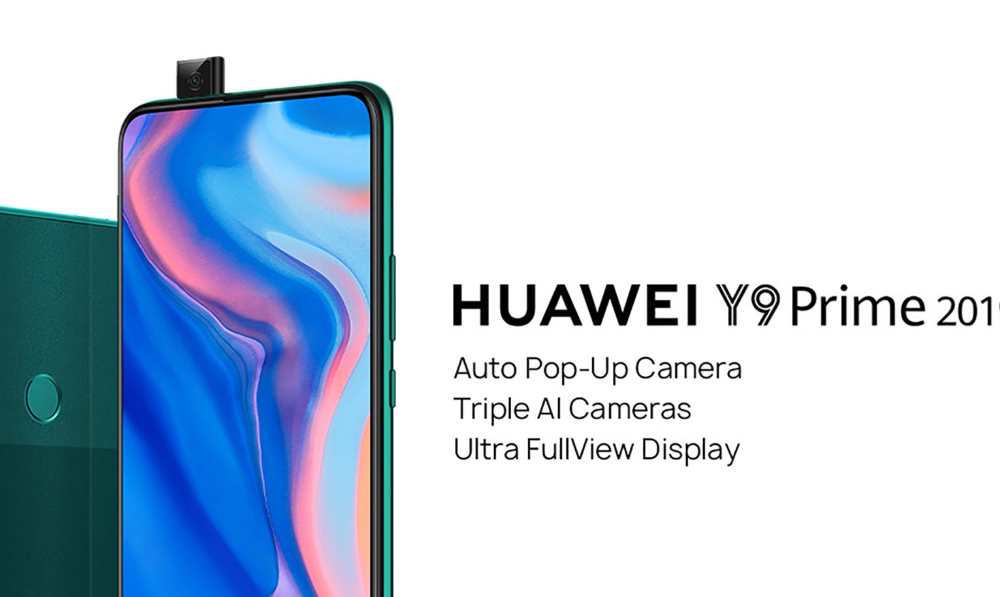 Huawei Malaysia today had announced that the latest addition to their mid-range smartphone, the Huawei Y9 Prime 2019, will be available on July 27 at all Huawei Brand Stores and Huawei Online official stores nationwide, with the price tag of RM899, making it the most affordable choice if you are looking for a pop-up camera smartphone!

Huawei Y9 Prime 2019 offers a 6.59 inch full view display without any notch on top, thanks to its pop-up front camera design, showcasing a 91% screen-to-body ratio, which is the currently the highest in the Huawei Y series.

For the pop-up camera, Huawei stated that the 16MP pop-up camera was built to raise and retract up to 100,000 times, which roughly equivalent to 2 years of usage, and the device also comes with an “Intelligent Protection Mechanism” that will retract the camera if it detects that the phone is in free fall.

Huawei Y9 Prime 2019 will be available in three color- Midnight Black, Sapphire Blue and Emerald Green. Priced at RM899, it can be purchase starting July 27 at all Huawei Brand Stores and Huawei Online official stores nationwide.

Codenamed “More than One”, HTC has started promoting their next media launch event on 8th April 2015 at Beijing China. It is expected that the ...