[I/O2015] Inside Google ATAP, a jean that can control your smartphone 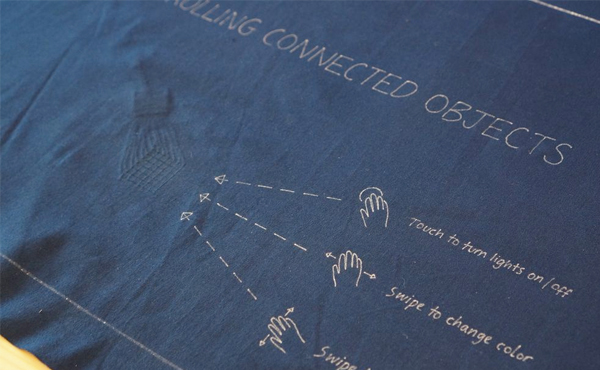 The Google Advanced Technology and Projects group (ATAP) always comes with the one of the greatest and craziest invention of all time. From the modular smartphone – Project Ara to a smartphone component that can sense the surrounding – Project Tango, Google ATAP has introduced a new series of invention on the Google I/O 2015 happened yesterday.

This time, Google ATAP has collaborated with Levi’s for their new idea – Project Jacquard. The Project Jacquard is an idea of controlling your smartphone and other device with some simple gesture applied onto a part of the jean. Within the jeans is a microchip and a tiny radar that can register your finger press and motion as shown as above. With the rise of IoT, this tiny application might be useful in controlling your household appliances with a single gesture command on the jeans that can turns the light and air-conditioner on and off!

This collaboration between Google ATAP and Levi’s has brought up some amazing invention which is truly unique. It might requires a few years for this new technology to mature and appears on public market accessible to everyone.

The Touch ID is one of the revolutionary technology introduced onto Apple iPhone 5S few years ago. Although there has been some smartphone manufacturers added ...