iOS 14 & iPadOS 14 Public Beta is now open for testing just by signing up! 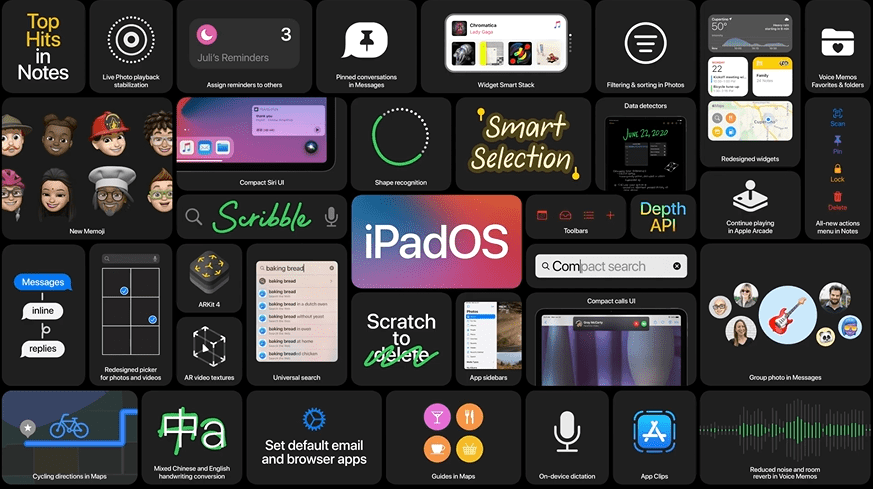 On the WWDC 2020 on 23 June, Apple has released the new system which includes iOS 14 and iPadOS 14. The public beta is now officially released and you can now experience the all new iPadOS 14 and iOS 14 beta today!

Here are some of the features on iOS 14.

The new iOS has now come to version 14 which added some interesting features such as Widgets, App Library et cetera.

App Library is one of the new feature added into this update. It can categorize apps in one library where you can sort out based on your preference. You can also hide some app pages to be display and you can query them by searching in the App Library.

Another addition is the Widget function. While this is extremely familiar in all Android operating system, the Widget in iOS also allow users to add certain functions such as weather report, clock, calendar task and so on.

And there is also picture-in-picture which is available from the last few version of Android OS. The PiP function works similarly like it which is a great addition and technology sharing across platform.

Siri is now smarter and comes in new animation and you can sent voice message through Siri too! It also provide real time voice translation with several languages supported.

For the Message update, you can easily pin point favourite contacts to the top of the chat list. It also adds new Memoji stickers and there are various improvement for the Messenger’s chat feature such as quoting and marking group members.

As for the CarPlay update, you can now changes new CarPlay Wallpaper and even unlock your car with NFC feature on the iPhone. Currently, NFC unlock is supported on BMW vehicles.

Apple also updated its Map feature with the addition of Cycling navigation within.

App Clips also allows you to open specified app which shorten the load time. The app will be display in small “card” design and size will be smaller in 10MB.

The iOS 14 Developer Beta will be released today and the official release will happen this Autumn. The new iOS will be able to support from 7th gen iPod, iPhone SE, iPhone 6s to the newest model.

The Widget function allows iPad to display more information on the display such as your upcoming task, calendar, weather information and more. Other features such as Picture-in-Picture, App Clips from iOS are all available.

There is also Scribble where you can start handwriting whenever you want. It can recognize your handwriting and save/ paste into a note.

Apple also adds Universal Search into iPad where you can search all of your information, apps and contact in search bar. Apple Music also brings in UI changes which reduce the display size for better multitask.

Official pre-orders on the Galaxy Note 7 opens on 8th August and comes with 10% off, free powerbank and wireless charger!