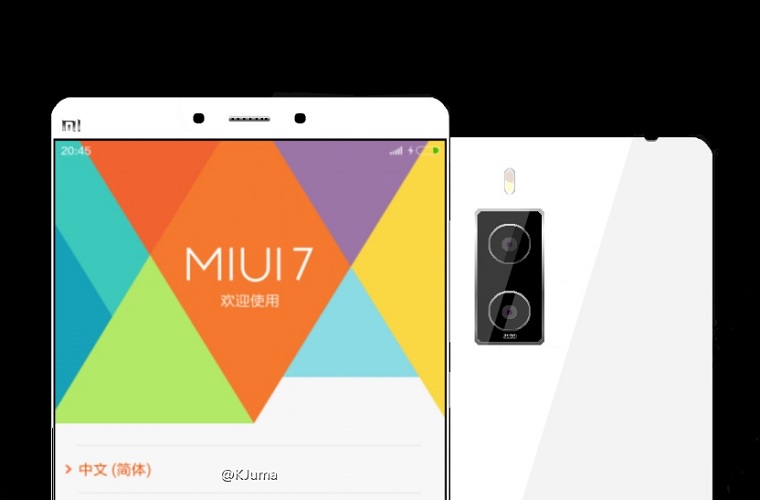 Previously the Xiaomi Mi 5 is set to launch on the 5th of August this year. Due to unforseen circumstances, the Xiaomi Mi 5 launch date is delayed next few months. This news ultimately creates alot of disappointment for loyal Mi Fans, but not to worry! Because we have got you leaked design of the Xiaomi Mi 5!

Based on famous leaker @KJuma on Weibo, he released a set of alleged Xiaomi Mi 5 design which seems to have a solid home button on the center of the smartphone. The display is also seem relatively large and the bezel is almost invisible.  The home button is also rumored to comes with a revolutionary new ultrasonic fingerprint sensor.

If the Xiaomi Mi 5 shaped and designed in this manner along with those rumored specification, the Mi 5 could make a large impact in the smartphone and mobile world.

Lastly, KJuma also stated that the new Xiaomi Mi 5 will be known as Xiaomi Edge. Would this means the new Xiaomi smartphone comes with a dual curved display just like the Samsung Galaxy S6 Edge? What do you think?

The new OnePlus 6T is officially here! Their launch event has just recently ended today and it comes with their iconic water drop notch, in-screen ...