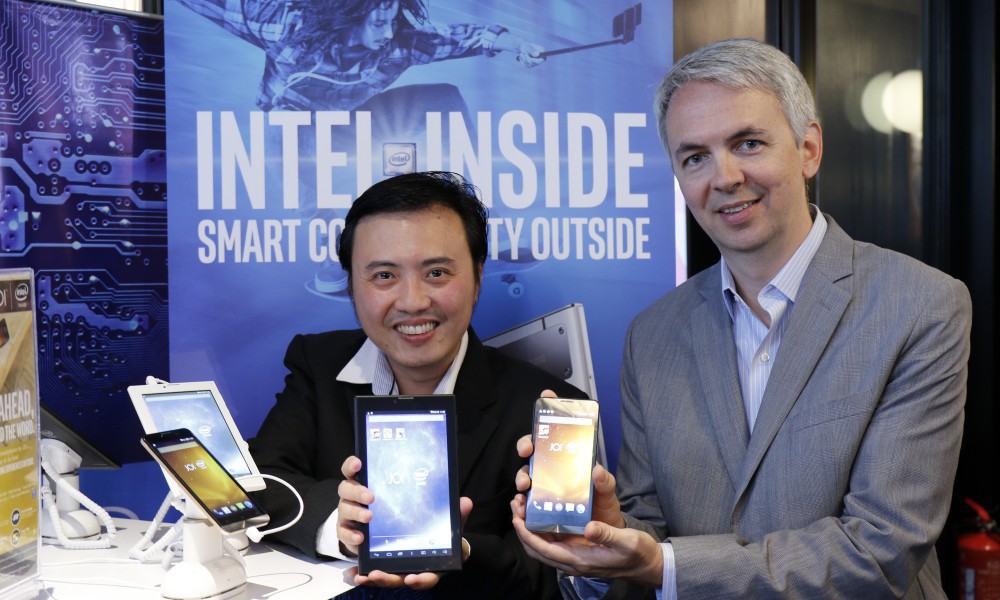 After the previous release of JOI Kinder Tab which is created for kids, JOI now release 1 smartphone and 1 tablet model along with the Intel Atom X3 processor!

The Intel released the x3/x5/x7 processor during the MWC 2015 and the lower end model, x3 was based on SoFIA architecture. Aimed to the low end gadget, the Intel Atom x3 also comes with 64bit architecture and supports 3G and 4G connection. With these being said, the JOI 7 and JOI 5 was priced relatively low at RM 299 and 399 respectively.

Consumers can now purchase the above models on major AEON stores, Lazada, Rakuten, Lelong, Gloo and any other online stores.