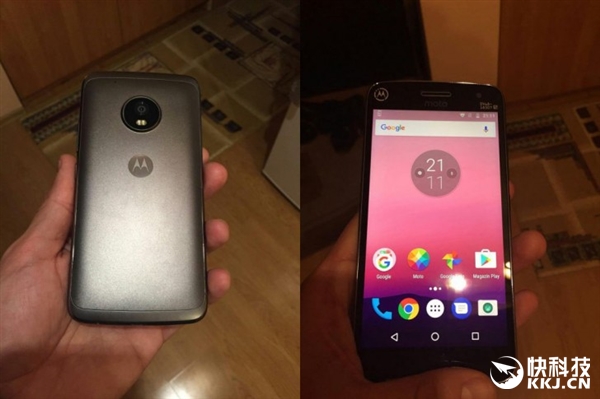 After acquiring Motorola mobile division, Lenovo Moto has been aggressively pushing smartphones to the market last year, remarkably the Moto Z1 featuring modular type expand-ability. A new Moto smartphone has now appeared online with claims that this smartphone will be launched on the MWC. Let’s have a look on the alleged Moto G5 Plus that leaked online recently.

The Lenovo Moto G5 Plus circulating online can be traced back to a Romanian website with the design from all dimension completely revealed. It will be the successor of the G4 Plus and previously named as Moto X (2017) and Moto C.

The Moto G5 Plus comes with a oval shaped Home button and comes with a metallic build. The ‘M’ logo remains on its back which symbolizes Moto product.

The Moto G5 Plus is set to launch at Mobile World Congress happening at February this year and will be available from March onward. Rumors has predicted its price at 1650 RON (~RM1679). With the design and specifications revealed, would you be getting this smartphone when it is launching in Malaysia?

As the Galaxy Note 8 is set to unveiled next week, design, hardware and specifications of the new phablet were almost revealed completely. The new ...