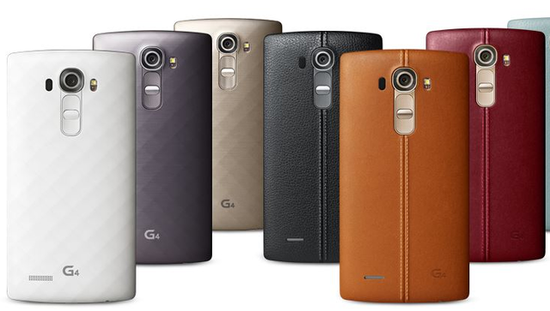 The LG next flagship G4 will be soon be publicly announced in the launch event on 28 April 2015. With just few more weeks prior its official announcement, the design and the specification infogram was accidentally unveiled online in one of the LG product site. The infogram showed the detailed design and specifications of the LG G4 which was then taken off from the site in an instance. One of the design feature that distinguish the G4 from the rest is the use of leather finish on the back cover. There is also another variant of G4 which will be using polycarbonate as the back cover as shown in the product info.

Apart from leather rear finish, the G4 will comes with dimension at 149.1×75.3×8.9mm and comes with 5.5′ 2K display which is consistent with previous onlike leaks. The G4 will also be powered by Qualcomm Snapdragon 808 6 cores processor and comes with 3000mAh removable battery and microSD slot. It also comes with 3GB of RAM, 32GB internal storage, 16MP rear and 8MP front snapper. The G4 is expected to run on Android 5.1 with customized LG UX 4.0 user interface.

Does anyone like the leather finish of the G4?

According to a report by DroidApp, Huawei Mate 20 Pro located at Netherlands now receive the update for the EMUI 10. The software version of ...