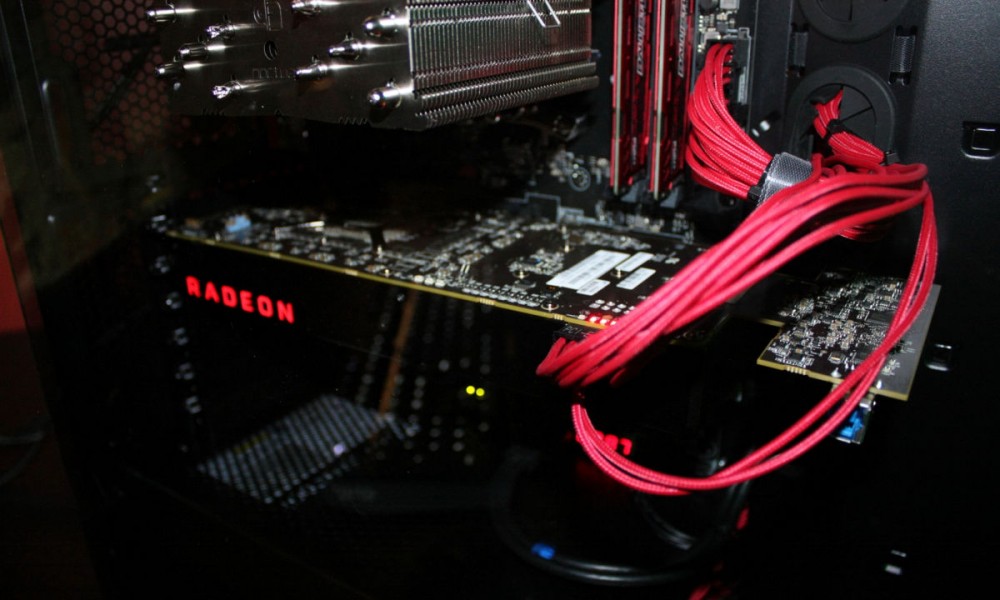 Advanced Micro Devices, or known as AMD has launched the new Radeon Vega Frontier Edition based on the “Vega” graphics processing unit. It is the first graphics card in the world designed for data scientist, game designers and visualization professionals to tackle massive data sets and render at ease. The Radeon Vega with High Bandwidth Cache Controller and the world advanced GPU memory architecture HBM2 which expands the GPU memory to 256TB. In the end, the RADEON VEGA offers 172% faster rendering performance than the NVIDIA TITAN XP!

Along with AMD open soruce ROCm software platform, the most powerful AMD GPU offers immense speed for data learning for data scientist to push boundaries and break through limits in artificial intelligence.

As for gameworks, the RADEON Vega accelerates game creation as each single GPU is optimized for every stage of game developer’s workflow. With the Radeon Pro Settings user interface, users can seamlessly switch between “Radeon Pro Mode” and “Gaming Mode” to alternate between development on animation applications like Autodesk® Maya and performance optimizations with free, open source tools available through AMD’s GPUOpen initiative.

Lastly, the AMD RADEON Vega Frontier Edition is available in selected regions with retail pricing at USD $999 (~RM4300) for air-cooled version. The liquid cooled edition is expected to launch Q3 at $1499.

Despite the Huawei Mate 9 has launched few months ago, it is still one of the most favourited phablet among most Huawei fans. The Mate ...