Microsoft Edge is the most battery saving browser, but would you opt-in forever? 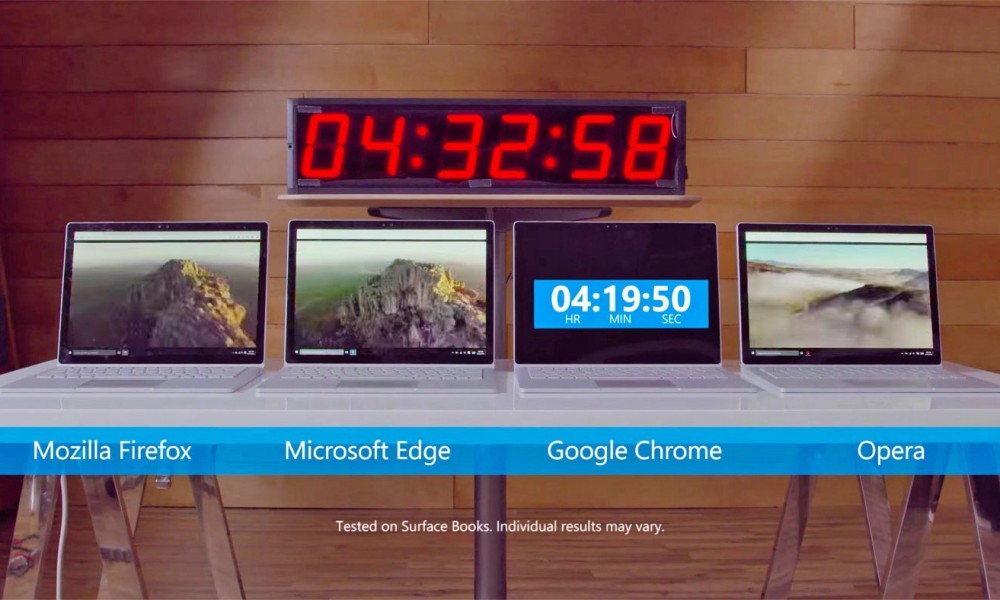 As the Internet Explorer browser has fallen into shame with several critical vulnerability and poor performance, Microsoft has decided to discontinue its support last year and went into the production for Microsoft Edge, which aims to compete with common browser like Mozilla Firefox and Google Chrome today. While Microsoft Edge is the pre-installed default browser of Windows 10, most user upgraded from previous Windows versions till opt for Google Chrome as their default browser. However, Microsoft has once proven that their browser is much superior than others, when it comes to battery savings.

In the video above, it can be clearly seen that laptop running Microsoft Edge to play videos and browsing Internet has 3 hours of extra battery life compared to its competitor. While Microsoft has not released the details of the test parameters and variance between hardware, it still shows that Google Chrome and some other widely used browser are not as power efficient as Microsoft Edge. Would you switch to Microsoft Edge permanently just because of it is a power saving browser?