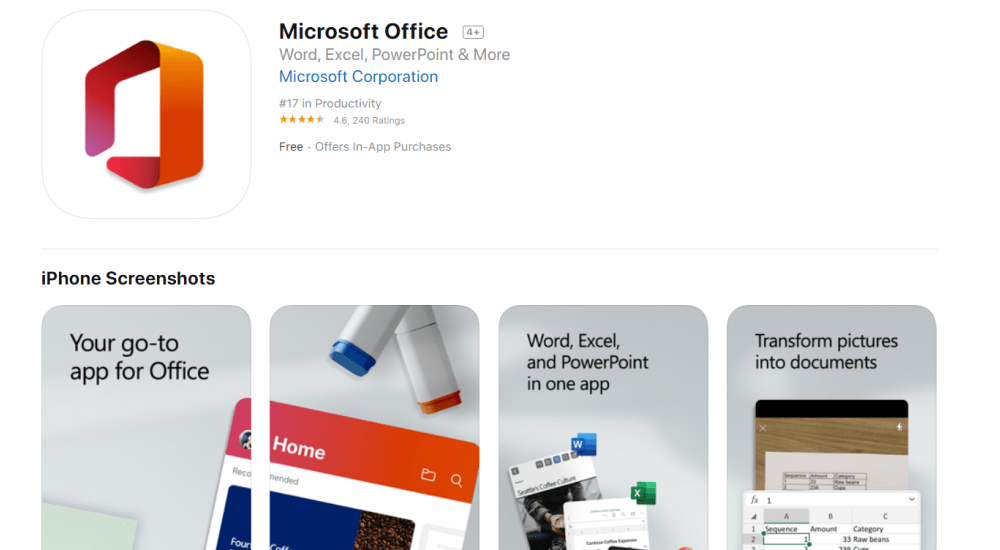 Microsoft has recently launched the Microsoft Office package which includes Word, Excel and Powerpoint in a single app. This app is previously available from Google Play Store and now available on iOS devices!

Apart from the 3 essentials program, it also supports capture to PDF, faster notetaking and PDF signature. Despite its launch on iOS platform, it has yet to design and optimize for iPad yet. Thus we might seen iPhone like UI for apps running on iPad.

Some future features such as voice typing.

Arranging based on card

You can download the Microsoft Office Mobile Apps through Google PlayStore or Apple App Store.

With the upcoming 11.11 online revolution day celebration, those who order the Flash Plus 2 between 11th to 13th November will get RM100 off the ...