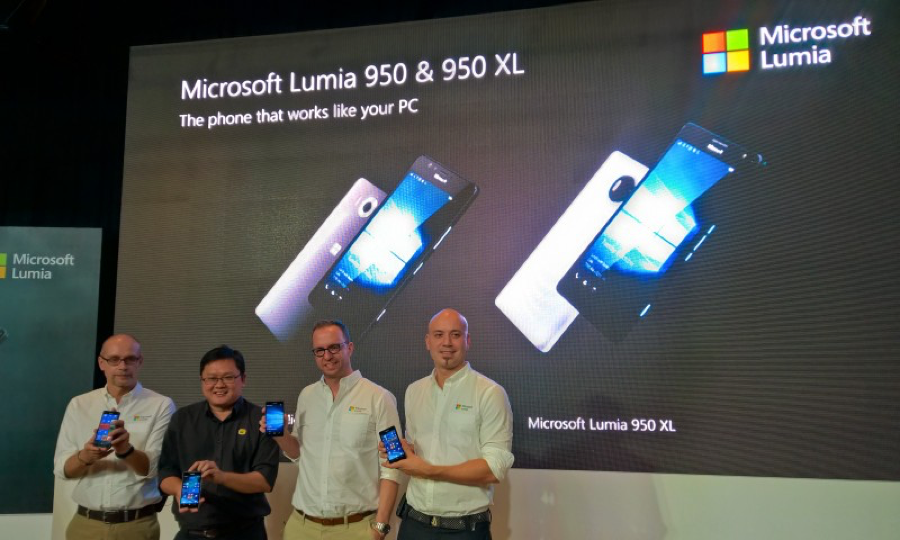 After a lengthy period of anticipation, Microsoft has finally bought the long-awaited flagship Lumia 950 and 950 XL into Malaysia!

The Lumia 950 and 950 XL features the best hardware possible which includes the 2K display while powered by Snapdragon 808 and 810 mobile processor from Qualcomm. It also features 20 MegaPixel Zeiss Optics camera and support quickcharge technology.

Microsoft stated that the Lumia 950 and 950 XL is the best Lumia smartphone they every made. 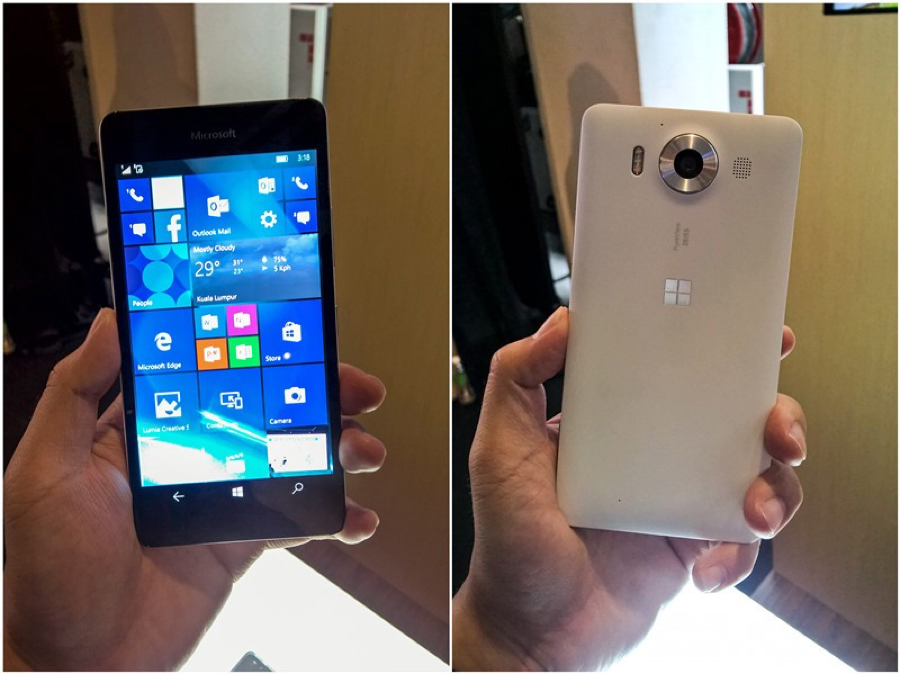 Our initial impression of the Lumia 950 is it is light and thin. However, the use of polycarbonate as main body material also makes it less premium, provided that most premium flagship smartphone goes in all metallic design. The Lumia 950 also sports a 5.2 inches 2K AMOLED display that does not feel over-saturated. 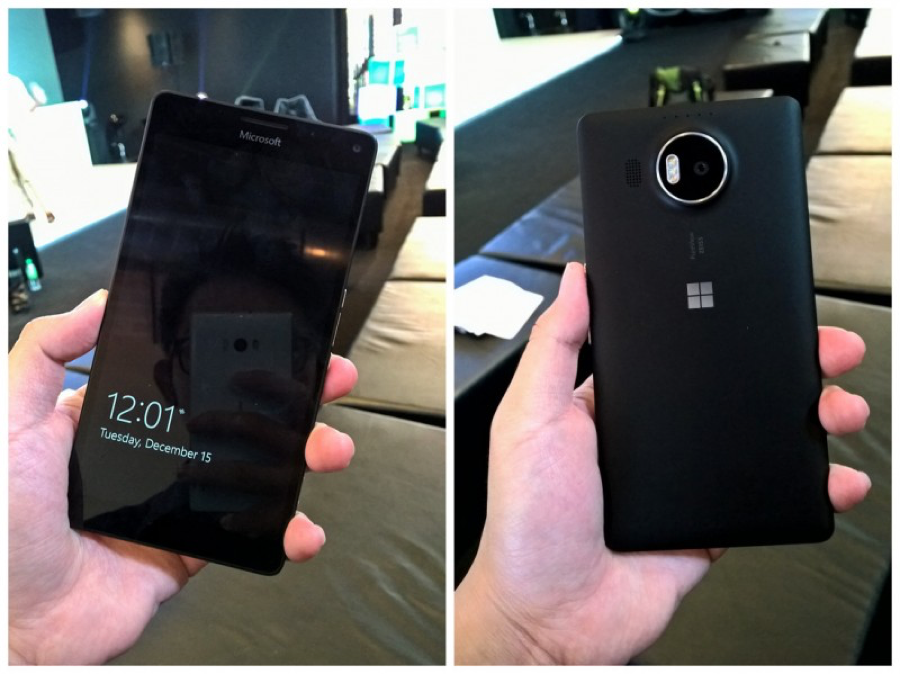 Its brother, the Lumia 950XL comes with a 5.7 inches 2K AMOLED display. It has a relatively large screen to body ratio and thus the whole device fits right in the palm. The Lumia 950 and 950XL does not have striking difference in design on the front but it can be easily distinguish from the camera module in the back. The camera on the Lumia 950 XL is is same as the Lumia 950, in which it features 20MP Zeiss camera with PureView technology. 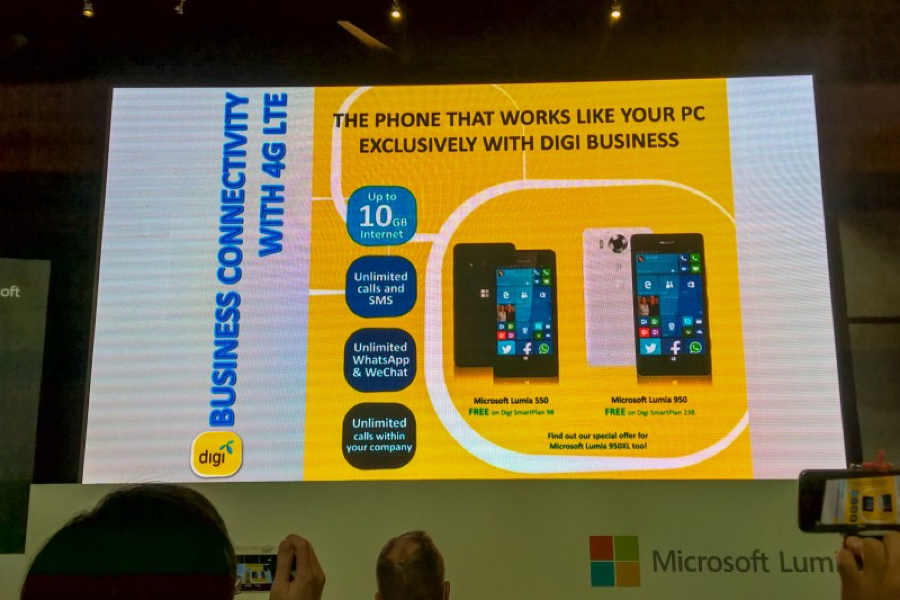 Apart from launching new Lumia’s, Microsoft also announces its partnership with DiGi to offer more business solution postpaid plan. It comes with a bundled Lumia 550 and Lumia 950. They are now considering the addition of the Lumia 950XL into the plan. 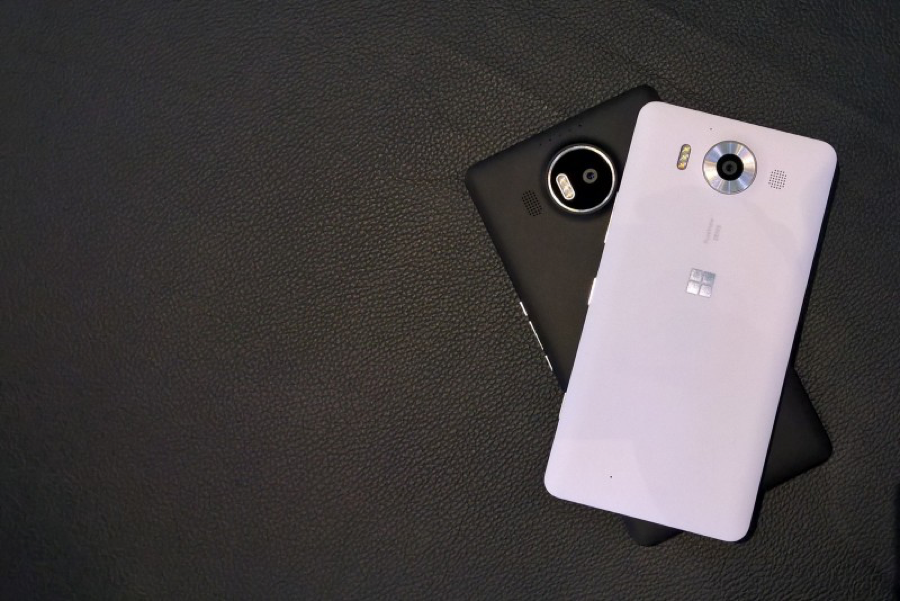 The Lumia 950 and 950 XL is priced at RM2,699 and RM2,999 respectively. Those who are interested can visit LAZADA.com.my for more offer details. First 100 customers will receive a complimentary Microsoft Display Dock! Besides, Microsoft also will giveaway 2 new flagships on 18th Dec to those who pre-order now!

The ASUS ZenFone Max Pro M1 is one of the smartphone with a large battery capacity that can last for an extreme period of time. ...