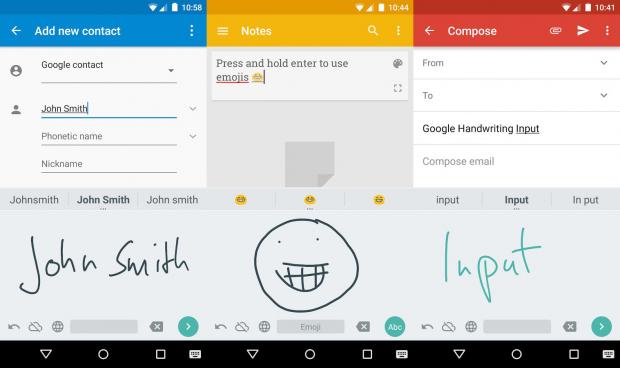 The typical handwriting input system has been released for a long period of time. Nevertheless, this feature isn’t very popular due to the amount of time required to write a clear font for it to be detected as the handwriting input. Now, Google has updated a new feature on the Handwriting input where now it can detects any kind of messy font written on the field

The Google handwriting new update also brings text recognition for 82 different languages. It can detects any type of messy words written on the input field.

Aparts from enhanced character recognition, the new update also can detects written/drawn emoji on the field. The updated Google handwriting input is expected to be more frequently used in the future.

A RM600 worth BLUBOO S8 with Inifinity Edge display?

If you are a fan of the new Infinity Edge display on the new Samsung Galaxy S8, chances are you might get fooled on this ...