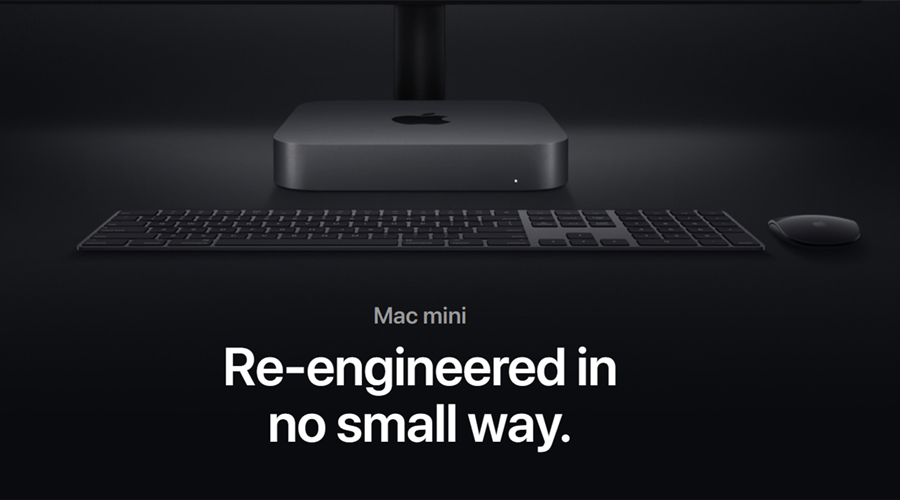 Apart from the launch of the new iPad Pro and MacBook Air, Apple also brings along the new Mac Mini which is an update from the two years old model. The all new Mac Mini comes with square shaped design and rounded for edge and only weights at 1.3kg.

As for its specifications, the new iMac Mini sports 8th generation Intel Core processor ranging from 13 to i5. It can offer up to 64GB 2666Mhz DDR4 RAM and 2TB SSD with read write up to 3.4GB/s.

The new Mac Mini also uses a new cooling structure, equipped with larger fans and expanded vents. The Mac Mini’s body has an Ethernet connector that can connect to 10GB network speed, four Thunderbolt 3 Type-C interfaces, supports transmission speeds of up to 40Gbps, one HDMI 2.0 interface, two USB interfaces, and 3.5mm. Headphone plug. Among them, Thunderbolt can also allow users to connect two 4K displays. Not only that, users can also use HDMI 2.0 to allow users to connect a third 4K display or a 5K display. It can also use an external eGPU for a better graphics experience ideal for photo works.

The new Mac Mini also comes embedded with Apple T2 chipset which is a customization on the Mac. It encapsulates certain part of the processor to provide better encryption and privacy.

The TIME 500Mbps internet bandwidth connection is no longer the fastest internet services provided in Malaysia. There is one Malaysian Internet Service Provider named Aries ...