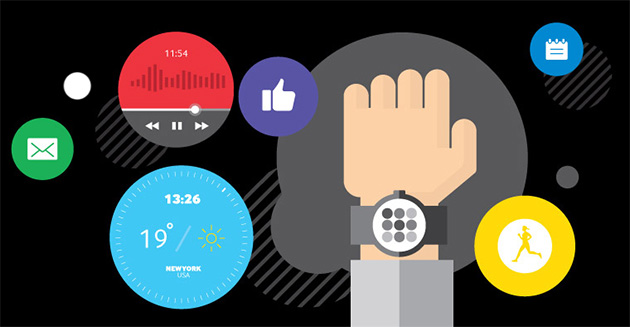 The Samsung Galaxy Gear always features a conservative rectangular shaped display in all of the model released each year. However, this time Samsung has decided to make some change in the design and UI of their next Galaxy Gear. The next Galaxy Gear, likely named Galaxy Gear A will be feature a Orbis design with round shaped interface in the smartwatch.

Based on Sammobile, Samsung has released the next Galaxy Gear development kit to some of the developers out there. The design and UI on the next Galaxy Gear SDK are focused on circular design which is likely runs on Samsung own Tizen OS. This smartwatch was also codenamed under ‘Project Orbis’ or might be named as Galaxy Gear A. Based on the image above, the Galaxy Gear is likely to be operated with a simple twist of the circular metal frame on the smartwatch. With a single twist, users can change the interface and also adjusting the volume of the gear or the smartphone.

Based on Sammobile, the ‘Project Orbis’ Galaxy Gear will features 1:18 display with resolution up to 360x360p (305ppi) and will be featuring heartbeat sensor and Wifi with GPS connectivity.

The launch of 2nd generation iPhone SE has successfully attracts users from their own niche in joining the Apple family. However, the iPhone SE still ...