OnePlus One users finally can try out the OnePlus Oxygen OS! 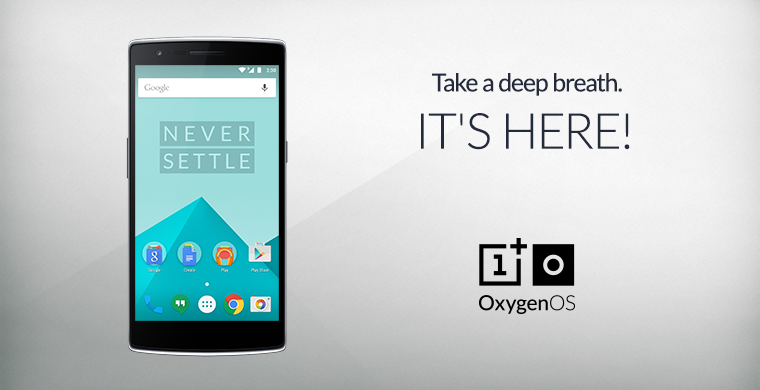 After a series of delay, OnePlus finally released their latest ROM, the Oxygen OS is now available to download and install in OnePlus One. The Oxygen OS is an Android ROM modified from the default Android 5.0.2 Lollipop. In their introductory video (shown below), the Oxygen OS has similar interface with the AOSP but packed with essentials features such as modification in the quick settings. Users can now modify and remove tiles from the Quick Setting to suit personal preference. The File Manager was slightly modified which comes with more features and a simpler interface. Gestures were also included in the update in which drawing a circle will activates the smartphone’s camera to take an instant image shot. The smartphone can also be activated by double tapping the screen. Since there is no much modification in user interface, this ROM is expected to operate smoothly provided that it runs in OnePlus One that already packed in with high end hardware.

OnePlus has make this ROM an optional download and install for all OnePlus One user. They also promises this Oxygen OS will comes with constant update and appreciates feedback. For those who’re interested, grab your phone now to download and experience it!

Watch the demonstration video below

Good news for Malaysian Samsung mobile user! If you want to switch for the new Samsung Galaxy A which has just launched few months ago, ...