While everyone almost seamlessly rely on mobile data in public area, LTE is often most welcomed to all consumer as it is heavily marketed by all carrier worldwide. However, knowing that more user will relies more better infrastructure that promises the same connection speed, there are still alot of criteria that affects your mobile network connection.

The network monitor, OpenSignal has analyzed global mobile internet connectivity with 17 billion data sample size from 1st July to 30th September 2016 shows that the global average 4G speed is at 17.4Mbps. Although most countries had speed over 20Mbps, some relatively slow connection in some countries has brought the average connection speed down (as for example: India).

Here the 4G availability according to countries 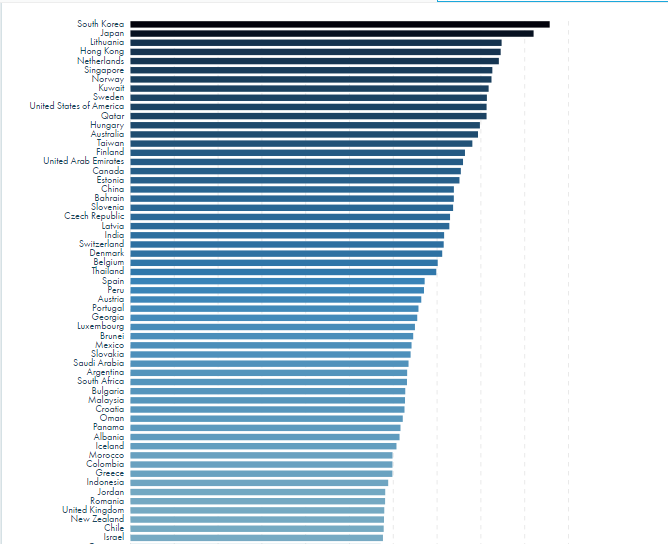 And here is the 4G Speed by each country 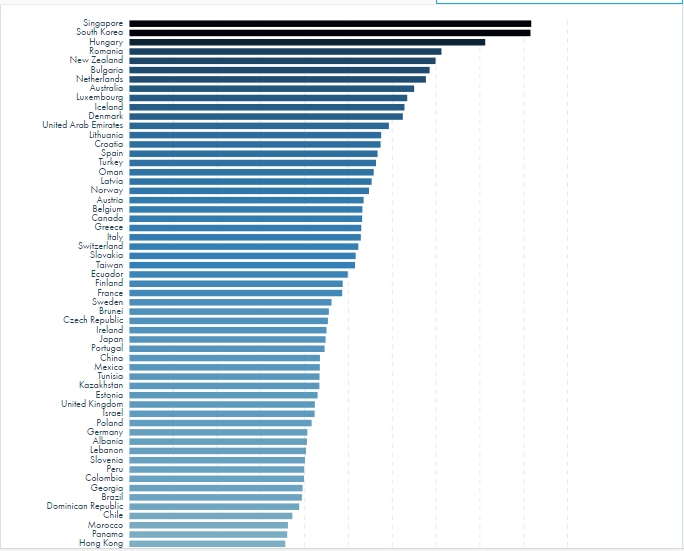 It can be clearly seen that South Korea remains the lead in 4G availability while Singapore win the speed crown (and South Korea just slightly falling behind).

And here is where Malaysia falls into 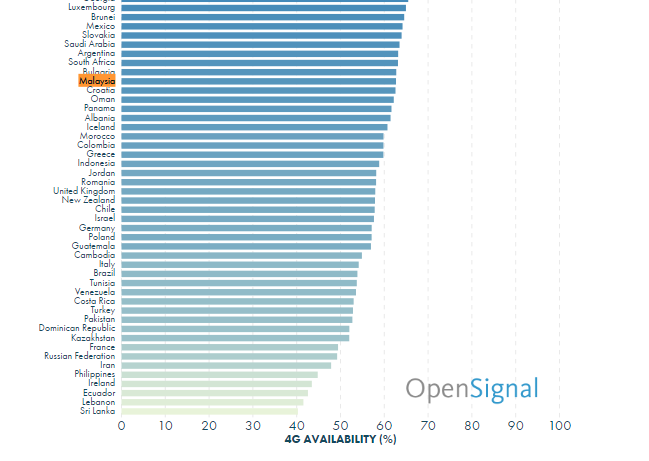 According to OpenSignal, a high 4G availability can be an indication of good geographic coverage, but the metric tracks more than where users can find an LTE signal on a map. It accounts for indoor connections and times of high congestion when it’s often difficult to get a 4G signal even on high-coverage networks. Even countries in the earlier stages of their LTE deployments can sometimes have higher 4G availability scores as the numbers of 4G subscribers are typically small and confined to large urban areas where new LTE networks are typically located.

The 4G speed in each country depend on many factors: how much spectrum is devoted to LTE, whether it has adopted new 4G technologies like LTE Advanced, how densely networks are built and how much congestion is on those networks. In general, though, the countries with the fastest speeds tend to be the ones that have built LTE-Advanced networks and have a large proportion of LTE-Advanced capable devices.

As LTE has become more and more prevalent today, it is essential that these countries continue to upgrade their network to support more users and faster speed. Learn more on the State of LTE Report here

Just in yesterday we have covered the top features of the iOS 9 which includes the improvement of battery efficiency. It is proven that iPhone ...